7 Ways to Lighten Up Your Marketing and Generate Conversation 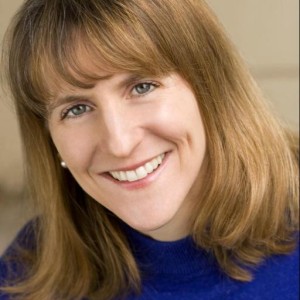 As content marketing explodes, so too, does the volume of noise.

Consider this: you have about 7 seconds to grab your audience’s attention.

To date, there haven’t been many great examples of humor in B2B. I believe that will change as the importance of great content grows. And, according to a global Nielsen Survey of Trust in Advertising conducted in September 2013 (58 countries), almost half (47%) of respondents said that humor resonates more than any content approach.

Laughter lowers the intellectual shield your busy prospects have up all day just to survive the messaging onslaught. Humor opens up a space for connecting because it disrupts the expected pattern.

Here are seven ways to add humor and get results.

1. Show Empathy: The Truth is Funny

Connect on an emotional level by tying your company and offering to a real human challenge that your prospect has. When you parody a real challenge by taking it to extremes – the height of exaggeration—you show customers you get it. Hey, the truth is funny!

Start with the pain points of your ideal customers. What drives customers in your space crazy? Relationships can be a great way to explore the comical truth.

In 2012, I wrote about a supply-chain management software company called Kinaxis. They created a very funny video that parodies the awkward relationship between a vendor and customer by comparing it to a romantic one.

2. Tackle Your Customer’s Problem and Go Way Over the Top

Scofield Edit has a great video from 2009 parodying the client-vendor relationship much. I first wrote about this video back in 2009 when it was fresh, but even five years later the idea still works.

The company took a universal issue its customers can relate to – not being valued by some customers who want more for less – and took it to a humorous extreme. What if you went to your hair stylist and asked for a free haircut to “test drive?” That’s exactly what I love about this video, which received over 1 million views within weeks of its launch.

Another way to have fun is to use incongruity: it’s the ‘fish out of water’ idea.

Imagine a portable GPS with an identity crisis in the wake of mobile apps that render it obsolete. What would your product or service say in completely absurd situations? A great demonstration of comical contrasts is the Sprint commercial featuring actors Malcolm McDowell and James Earl Jones reading texts written by teens. Here are two award-winning actors doing dramatic readings of texts sent by teenage girls with a penchant for well, teen-isms: “OMG. Adorbs,” and, “Totally Hottie McHotterson,” for example.

4. Historical Can be Hysterical

Put your product or service into a past or future historical period. What would your product be in the future and how would it be used?  What would it have looked like in the Renaissance or the Paleolithic era? What would a caveman or a medieval knight do with your app? Explore that relationship. Comedy is heightened by extreme contrasts. The incongruity changes the context and discussion for your products and services.

5. Put the Fun in Funnel

Kapost, a content marketing management platform, has created a several great comic books, making the user the hero of the marketing story.

These content marketing pieces can both be obtained by anyone who fills out their forms, which in turn, puts new prospects into the company’s sales funnel by attracting them to an ebook that is both useful and fun.

6. Real Stories with a Fun Twist

Real stories told in a fun way by real people get noticed, too. The most important thing in this case is to show your personality and focus on what the product or service allows the client to do. Leave the jargon-monoxide poisoning and ‘feature-speak’ at home.

In this video series from December 2013, called Fast Innovation and The Slow Waiter, Cisco’s Tim Washer (and the Cisco Voice of the Customer team) has fun conversations with real CIOs, including those from Safeway, Western Union, and Grupo Modelo.

Tim plays the slow and funny waiter who asks questions of the CIO over dinner about what they do and how Cisco technology helps them. By creating a fun, casual atmosphere for a real conversation, Tim and company allow the CIOs to shine.

7. Parody and the Power of Surprise

Recently, I was working with a credit union client. It was looking to attract Millennials to grow its customer base. The challenge: many Millennials don’t know about credit unions, or have negative opinions of them. Millennials are into convenience and technology, not old-school, in-person customer service. So we created a campaign called, “When Millennials Rule the World!” We put twenty-somethings in bank VP and customer service roles and let them improvise on how they would run a bank. Then, we asked Millennials to submit ideas online. The results were hysterical. This audience loves humor and the campaign successfully up-ended perceptions about this credit union being low-tech.

Based on common perceptions of your industry and products or services, what would be unexpected from your company? Brainstorm some ideas and try them out. Surprise is a tremendous weapon because it can change perceptions in a powerful way.

Start Somewhere, Even if it’s Small

B2B marketing needs a human touch if it is to stand out. There is risk in any campaign. So, rather than beginning with a large video campaign, start with smaller content for internal consumption, vet it, and then re-purpose externally. In the age of increasing amounts and complexity of information, your audience is hungry for connection. Show them that you are a different kind of company.

Be playful and start with fun.  After all, you can’t spell funny without it.