The 11 Critical Podcast Statistics of 2017 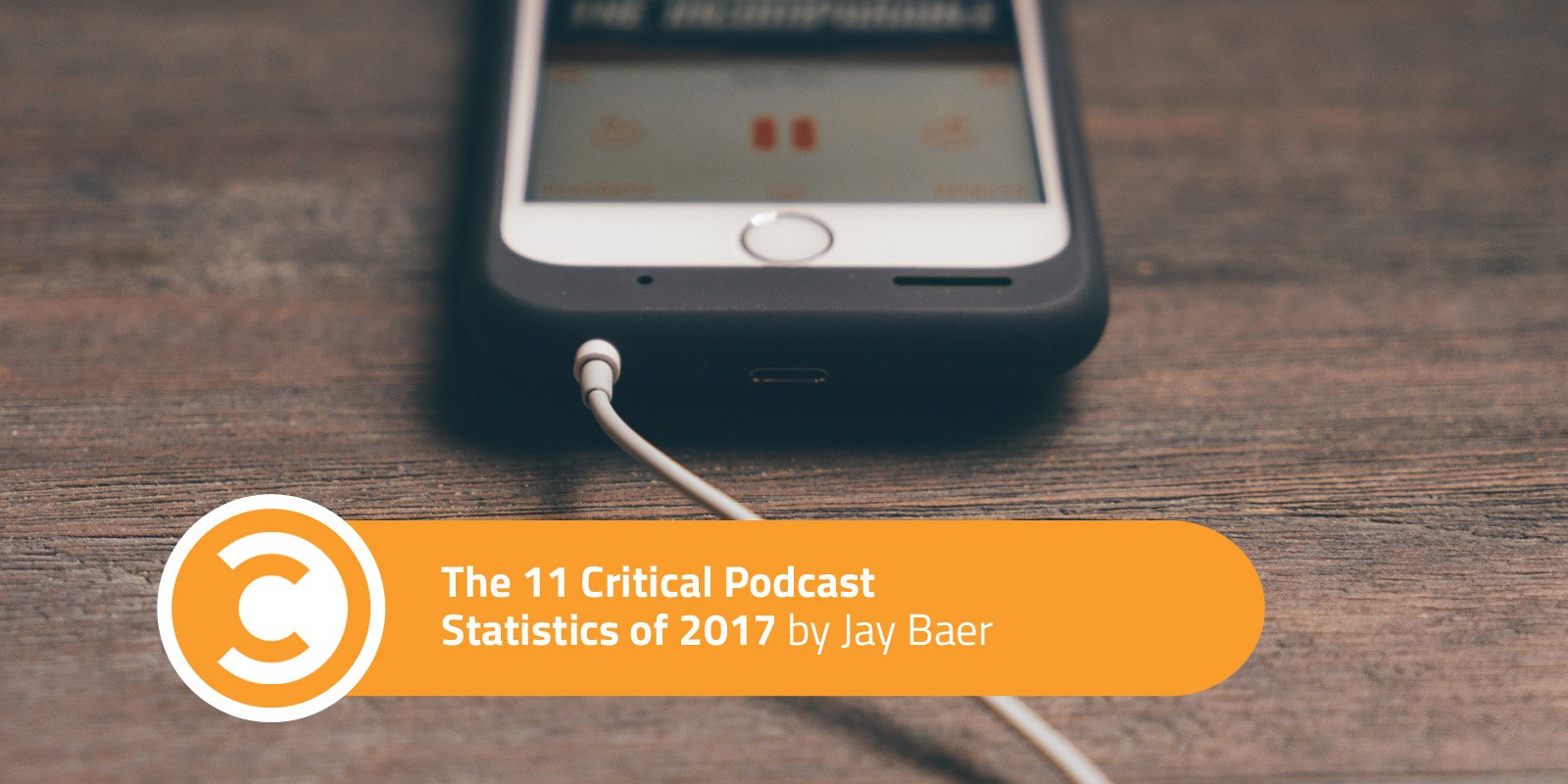 How many people listen to podcasts? My friends at Edison Research have again studied and documented the swift rise of podcasting in America. In this year’s edition of their Infinite Dial research (download the whole report here for free, it’s worth your time), Edison uncovered several new trends, and multiple continuations of consumption patterns that first started to pop in 2015 and 2016. 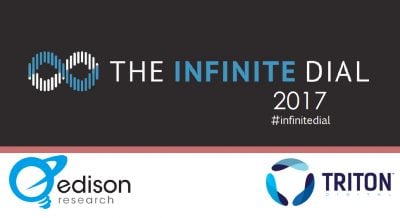 There’s a lot more in the report (and in the summary, recorded Webinar from Tom Webster) but this is my analysis of what podcasters and marketers looking to create or sponsor podcasts need to know about the medium in 2017.

112 million Americans have listened to a podcast

That number is up 11 percent from 2016. Overall, 40 percent of Americans age 12 or older have listened to a podcast at some point.

This is a truly big number, as it represents 15 percent of the total US population. For comparison purposes, three percent of Americans go to the movies weekly.

The year-over-year growth rates for podcast listening have been remarkably consistent, with 10 to 20% increases each year. I do not believe we’ll see massive jumps (and overall growth will eventually be inhibited) by the relatively complex nature of podcast download and retrieval. Listening to podcasts isn’t desktop fission, but it’s a lot of clicking around for a great number of people that aren’t all that comfortable with technology.

This is why I’m so excited about Edison’s finding in this report that shows a steady increase in car-based audio and in-home audio (Amazon Alexa and Google Home). I believe these new ways to access podcasts will be the fuel necessary for podcast consumption to reach another level.

Podcast consumption has been substantially more common among Americans under the age of 25 since the advent of the medium. Until now. For the first time, a larger percentage of 25 to 54 year-olds listen to podcasts monthly than any other age group. 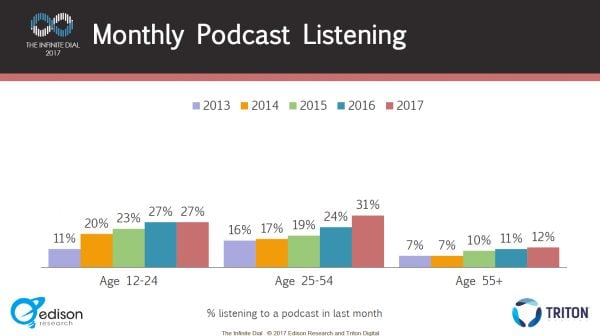 Podcasts continue to be more popular among men
27 percent of American men have listened to a podcast in the past month, compared to 21 percent of women.

Podcast fans listen to 5 shows per week
The average number of shows listened to per week is five (same as 2016). Note that 21 percent of weekly podcast listeners (approximately nine million Americans) listen to six or more shows every week.

The average listener subscribes to 6 podcasts
Like blogs circa 2012, podcast listening is still driven largely by subscriptions (new shows automatically download to your phone, tablet, or computer). Podcasters need to have a strong enough show to create this subscription behavior among listeners, as the average podcast consumer subscribes to just six shows.

With the average podcast listener digesting five shows per week, and subscribing to just six, there does not appear to be a substantial amount of experimentation and “I’ll try this new show to see if I like it” behavior occurring among podcast fans at this time.

This data matches the 2016 findings almost precisely, indicating that we may have reached peak mobile listening for podcasts.

52 percent of podcasts are listened to at home, 18 percent in the car

This really surprises me. I would have expected the in-car listening ratio to be quite a bit higher. I don’t believe I have ever listened to a podcast at home, no doubt contributing to my bias on this statistic. However, given that 65 percent of podcasts are listened to on a phone, I assumed more on-the-go consumption.

85 percent of listeners hear all (or most of) a podcast

This has been one of the doubts about podcasting as a marketing vehicle: that people download the shows and start to listen, but bail out after a few minutes. This new research from Edison proves the contrary, finding that 85 percent of listeners hear the entire show, or most of it.