3 TED Talks That Uncover the Secrets of Storytelling 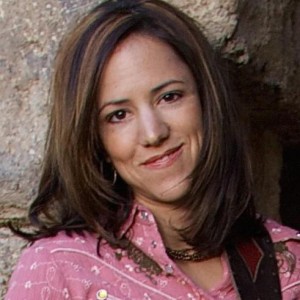 When I decided to write an article on brand storytelling inspired by TED talks, I went about it all wrong.

Scouring YouTube for tactics, elements, and components of brand storytelling, I was aiming to find five or ten (or 17) actionable tips that you can use to tell you brand’s story.

I was already boring myself to death and I hadn’t even begun to write.

We have all heard (ad nauseam) about the “power of brand storytelling,” and I know that I have read more than one blog that spits off a numeric list of tips that I just “can’t live without” as a content marketer.

I began to get curious about what pulls me, personally, into a story. What is it that moves me so much that I become an advocate of the brand/person/cause that is being talked about in the story? What is that secret sauce in brand storytelling that activates the magic button inside each of us, firing up our passion?

A filmmaker, a writer/director, and a presentation expert…

No, they don’t walk into a bar. But they do share connected beliefs about what gets our attention in a story.

After viewing over 25 TED talks listed as having something to do with the topic of “storytelling,” I began to see a through-line. There was a theme that appeared around the ideas of wonder, mystery, possibility, connection, and engagement.

I narrowed it down to three talks by three different individuals who seem to be well aware of the recipe to the secret sauce.

Andrew Stanton – “The Clues to a Great Story”

Stanton brought us “Toy Story” and “WALL-E,” among others. He shares his discoveries of great storytelling in this TED talk.

He explains that stories help us to understand who we really are. Nothing is a greater affirmation of who we are than when we connect through stories. This allows us to experience the similarities we have with one another.

This is not only true in the world of feature films but also with the stories of your brand. One of the key ingredients of the secret sauce is a feeling of connection. Connection leads to loyalty.

In addition to connection, Stanton also talks about engagement. He and his writing partner came up with what they called, “The Unifying Theory of 2 + 2.” This theory basically says that you don’t ever give the audience “4;” you give them 2 + 2 and make them come up with 4. He believes this is hugely important to execute perfectly if you are going to effectively engage them.

This is equally important for your brand. If you give it all away in your story, you have stolen the element of imagination from your customers. Without imagination and wonder, a brand story becomes just a bunch of facts and people get bored. As Stanton himself points out, “Set out to invoke wonder. It’s the secret sauce.”

Film and TV writer/director, JJ Abrams, staunchly believes that “mystery is the catalyst for imagination.” In this TED talk, Abrams opens up about how his fascination with the mysterious has been the driving force behind his storytelling. What does mystery mean to him? Infinite possibility, hope and potential. Those states of being engage us because they create an insatiable desire to know more and what we don’t know, we make up in our imagination. We are clearly engaged.

Can a brand use mystery to trigger imagination, leading to engagement? Absolutely. By weaving in a little mystery into your brand story you are “invoking wonder” and provoking interaction. For example, creating puzzles to solve, challenges and even small adventures within your brand stories, you are involving customers and inspiring them to use their minds together as they seek to discover more. Engagement and connection to your brand is the point here and using mystery creates the potential for taking it all to a deeper level.

Nancy Duarte – “Uncovering the Structure of the Greatest Communicators”

Nancy Duarte is a writer and graphic designer who became a “presentation expert” after discovering that great storytellers tell stories that follow a similar structure. She compares Martin Luther King’s “I Had a Dream” speech with that of Steve Jobs introduction of the iPhone speech in 2007.

Both stories succeeded in stirring up strong emotions of possibility with their listeners. They did this by contrasting the status quo (or “What is”) with their lofty new idea (“What could be”). They employed this over and over again throughout their stories, again and again, emphasizing the huge gap between the two ideas. This gathered momentum, in both cases, leading up to a call-to-action followed by a poetic and emotional description of a new world that will be thriving, living in the lofty new idea of “What could be.” For Martin Luther King, this was a world with freedom; for Steve Jobs, this was a world with iPhones.

Both of these examples also followed Joseph Campbell’s “Hero’s Journey.” This is the journey that begins in an ordinary world where the unrealized “hero” is called to adventure. He first resists the call, then meets a mentor who guides him towards crossing over the threshold. Both King and Jobs make the audience the hero while they play the role of the mentor.

The feeling that anything is possible is a powerful emotional experience. By making your brand the mentor in your brand storytelling and allowing your customer to be the hero, you are showing them the path of possibility and interacting with them in such a way where you can guide them towards your vision. You are showing them why they should be excited because you are talking about their lives, not only when you talk about the status quo, but also when you talk about the blissful possibilities. They are ingesting that and applying it to their own situations and then looking back to you for the answers.

Behind every hero is a great mentor. As Duarte advocates, be the Yoda to their Luke Skywalker.

Great stories inspire. They invoke wonder and provoke engagement. They spark the connection that lights the fire of passion. They are filled with mystery and possibility. They have been part of humanity for thousands of years and they will continue to be for thousands more.

Brand stories follow the same recipe for secret sauce as the rest of the stories. The challenge is that the ingredients are not found on the shelves of a store but must be sourced from your own backyard.

Brand Storytelling is vital to the success of your brand because of the connection-building power that it contains. Powerful connections = loyalty and trust, two things you cannot buy, but have everything to do with the livelihood of your brand and your ROI.

Editor’s note: A version of this article originally appeared on http://blog.readz.com/