Amazon Alexa and Smart Speakers Are the Next iPhone 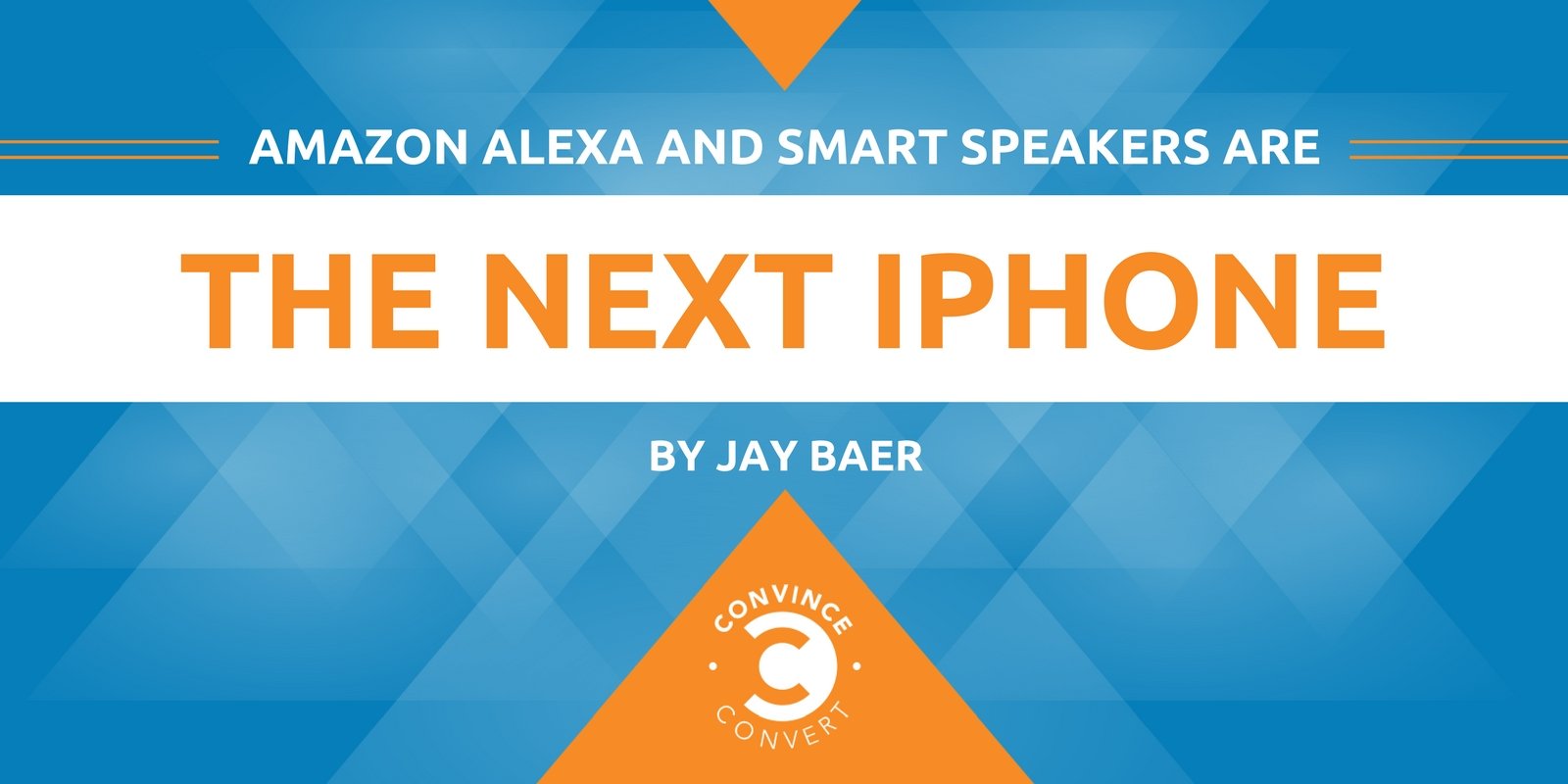 The iPhone is called that because when it debuted 10 years ago, making telephone calls was the primary reason to have such a device. My, how things have changed.

I used to get 10 to 12 phone calls and voice mails each day. Now? One or two at the maximum.

And my kids (proud Gen Zers) won’t talk on the phone at bayonet point. They’d rather listen to Gilbert Gottfried sing opera than place or receive an actual telephone call.

The magical thing about the iPhone is that we bought it for one reason, but quickly discovered lots of other ways in which the device is a boon. And the exact same pattern is repeating right now with Amazon Alexa, Google Home, Apple HomePod, and the “smart speaker” phenomenon.

New research from NPR and our friends at Edison Research called The Smart Audio Report (download it at no cost here) confirms and illuminates this trend. 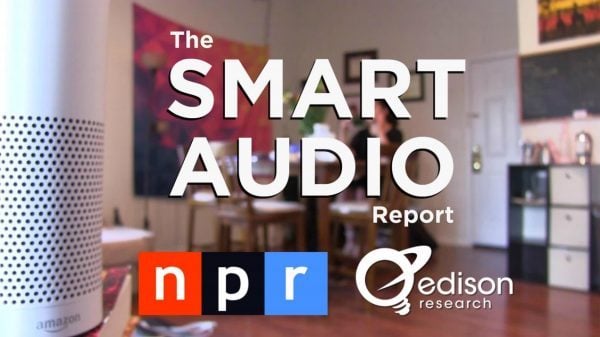 The full report is fascinating, and I absolutely suggest you give it a look. Here are the data that really stood out to me, in terms of Amazon Alexa and its brethren walking the same path as the iPhone.

I was one of the first people to get an Amazon Alexa, and many of these research findings struck a chord with me personally. My notes about that are below, in italics.

Device Was Bought for Specific Functions, and Is Now Used for Many More Functions

90 percent of smart speaker owners bought one for music. 86 percent wanted one just because it seemed like a cool, new gadget (that’s me).

Today, however, the average smart speaker owner is using the device for 7.5 functions, and 12 functions (adding an item to a shopping list, for example) are being used by at least one-quarter of all owners.

Like the iPhone, once you get a smart speaker, you start to discover more and more ways it can work for you. It starts to slowly creep into your life, like kudzu, or The Rock.

47 percent of smart speaker owners use the device more today than they did one month after purchase. This indicates a strong level of feature discovery, since we typically use a new tech toy a ton immediately after we get it, and then the glow fades.

(Because I travel so much, I tend to use mine in spurts. I really need to get the Echo Dot and bring it with me on the road.)

Nearly one in three Americans would give up sex before they give up their smartphone. Talk about raving fans!

Smart speakers are well on their way to similarly strong bonds with their users. According to NPR and Edison Research, 42 percent of owners say their smart speakers are essential (and I use the plural because four in 10 own more than one).

Further, 65 percent say they “do not want to go back to life without a smart speaker.”

(I agree. I also don’t want to go back to life without ATMs, Co-Schedule, or Dang coconut chips).

65% of smart speaker users say they don't want to go back to life without one. Click To Tweet

Owners Struggle to Keep Up

This may be the most iPhone of all the findings in The Smart Audio Report: 72 percent of owners say they don’t know enough about their smart speaker to use all of its features.

Smart speakers are creating FOMO among their users, just like the iPhone did when it was shiny and new, and people didn’t understand all it could do. To some degree, this condition persists, given the millions of options available in app stores.

(I get an email from Amazon about every 45 seconds telling me about something else I can do with Alexa. I love tech, but I’ve got a life to lead. I seriously need to take a whole weekend and just plow into all the stuff I can/should be doing with it, but am not yet.)

I am bullish on smart speakers in general, and this study also highlights their role in increasing consumption of music and podcasts. They may end up being a transitional technology, like the iPad, as we may land on in-ear versions of Alexa, et al. soon enough. But for now, it’s fascinating to see history repeat itself.

How about you? Do you own a smart speaker? How has it changed your behavior?