In an era where much of the information and resources about social media is of the squishy “care about your customer and converse with them” variety, Dan Zarrella is an incredibly important counter-balance. Social 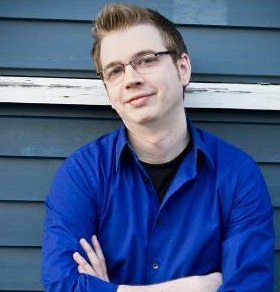 media is online. That makes it measurable. And trackable. And testable.

Through his excellent blog, his work at Hubspot, and now a fantastic new book, Dan applies math and science to social media. He’s studied literally millions of tweets and online viral events. Plus, his research into the oral tradition and the history of memetics makes him perhaps the only guy that can both reboot a server and dissect the virality of Beowulf.

1. @jaybaer: Your book – “The Social Media Marketing Book”  is a “cookbook” for social Web. What do you mean?

2. @jaybaer: Where does social media fit into the overall digital marketing ecosystem?

4. @jaybaer: What are the key success metrics for social media marketing?

5. @jaybaer: What’s the most overlooked aspect of creating content that gets links and viral attention?

7. @jaybaer: Are retweets the purest measure of social influence at this point?

8. @jaybaer: In a Twitter 20 interview, @mackcollier said he felt RTing was more valuable to authors than commenting on their blog. True?

9. @jaybaer: Quite a bit of debate out there on tweeting similar stuff multiple times. Does this tactic work?

10. @jaybaer: You’ve also written that the more you tweet, the fewer clicks you’ll receive. Can you elaborate on that?

11. @jaybaer: Do tweets with linked photos/videos get more or fewer clicks?

12. @jaybaer: How much does reciprocity, being willing to promote others, impact your chances of social media and viral success?

13. @jaybaer: If you had to recommend that a client have a blog OR be active on Twitter, which would you suggest and why?

14. @jaybaer: With content being open and searchable as a default, do you believe Facebook will become a Twitter-esque viral force?

15. @jaybaer: In your Webinar you talked about social proof driving viral spread. What do you mean by that?

16. @jaybaer: Speaking of tweetmeme, is it better to give readers a bunch of options (a la ShareThis) or focus on Tweetmeme, Digg?

17. @jaybaer: How does mobile and presence-based social media change virality and memes? Or does it?

18. @jaybaer: People are always talking about “viral videos”. Is video more likely to be spread virally than text? 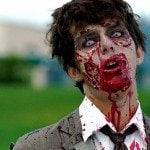 20. @jaybaer: Seriously, you know & care more about zombies than probably anyone. WTF? Are you an undead social media scientist?

@jaybaer: Okay that requires a follow-up @danzarrella Why are molotov cocktails no good for zombie killing?

Wow. Some exceptional advice here from Dan Zarrella. (Read his book by the way, it’s excellent). My favorite quote was probably: “Facebook isn’t great for “gate jumping” Twitter is a ninja gate jumper.”

What was your favorite? Also, please give me your suggestions for Twitter 20 interviews in 2010.