Why Blogs Will Kill Dissent 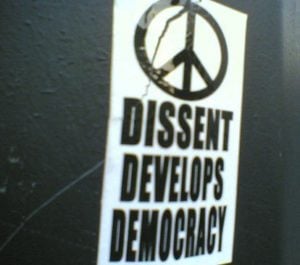 While newspapers and magazines make increasingly Draconian decisions to try to escape their inexorable spiral of decline, the very future of publishing comes into question. Will life as we know it stop once the Grey Lady and her sisters cease to exist in their historical form? No. Even without papers and mags, Britney will still make comebacks, athletes will still take the needle, and Congress will still specialize in the art of accomplishing little, with great effort.

The people – the collective we – will take up the publishing mantle, and will continue documenting the vagaries of the planet. Millions of blogs already exist, with millions of other micro-bloggers using Twitter, Tumblr, and 12 Seconds as their publishing medium.

Will Blog for Love

The vast, vast majority of these do-it-yourself publishers (like me) are unpaid, and are committed to producing content for some combination of enjoyment, point of view, business development, and narcissism. Because there aren’t advertiser and subscriber dollars at stake (and because most published content is from a first-person, individual perspective) bloggers and micro-bloggers adopt a narrow topical and/or perspective focus. The theory goes: “If I’m doing this for free, I’m going to write about what I like, and what I’m interested in, period. Further, the best way to stand out in a sea of blogs is to go narrow and deep, not wide and shallow.”

It all makes sense, which is why you have hyper-targeted blogs along the lines of “Left-handed Vampire Circumstance” that you wouldn’t find in newsprint or magazines. I’m not more pro-vampire than the next guy, but if the future of publishing is for consumers to curate their media and cobble together their own morning read from a series of Kindle-delivered RSS feeds (and it is), is there a future for dissent?

I Read This, So It Must Be True

The attraction of self-fulfilling points of view is longstanding and obvious. You need only look at the described political leanings of Fox News and MSNBC viewers to understand this phenomenon. You know who reads Guns & Ammo? Hunters. (and possibly mercenaries). You know who reads Convince & Convert? Marketers, interested in social media. (and possibly mercenaries). As a publisher, this ability to hyper-target to my audience is exciting. As a citizen, it scares the crap out of me.

What I’ve always appreciated about newspapers, news-oriented magazines, radio news, and even (gasp) television news, is its collective ability to tell me things I don’t already know, about things I don’t necessarily pay attention to, with a point of view I don’t consistently share. Because traditional, trained journalists and editors are in the business of providing a broad spectrum of information (whether by creed or because they have a lot more space/time to fill than bloggers), they incidentally introduce their audiences to information that they wouldn’t necessarily seek out. It’s passive education, but it’s education nonetheless. 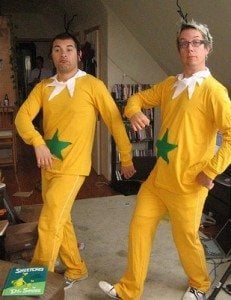 Without this type of broad journalism, when we subscribe to only the information we want and vote down or unsubscribe from the rest, don’t we create for ourselves an echo chamber, disguised as information? If the only perspectives we’re exposed to are those that we’ve personally determined are appropriate and desirable, what happens to dissent and discourse? The interconnectedness of the world is exhilarating and amazing, but we’re unwittingly creating a Sneeches scenario whereby those that read the same blogs and participate in the same social networks are good and righteous, and those that do not are wrong and wicked.

I’d rather be informed than correct, and if there is scarce broad journalism, and no editors, who will make us take our informational medicine?