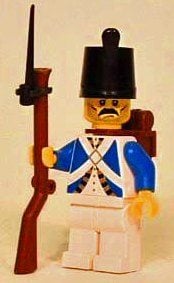 Are you trying to embrace social media at bayonet point?

Yes, you should absolutely broaden your social media efforts, and get more people from your company involved, and in more places. But, you should not do that at the expense of the secret ingredient of social media – Passion.

Why do features and benefits-laden messages not work in social media? Because people typically aren’t passionate about features.

Why do people friend companies on Facebook? Because they are passionate about that brand.

Why do people that you don’t know take the time to retweet your content on Twitter? Because they’re passionate about what you have to say.

Sure, social media bloggers/consultants like me, Mack Collier, Danny Brown, Dave Fleet, Jacob Morgan, Sonny Gill, Olivier Blanchard, Jason Falls and many more pick up the occasional client or speaking gig from our blogs, but the blog writing itself doesn’t pay for itself. Far from it. We spend the time writing because we have a passion for it.

You can’t buy passion. And you can’t fake it.

In their zeal to get involved in social media, many companies (and even some of my clients), have adopted a policy of assigning social media responsibilities. You are a Vice President. Thus, you know what you’re doing, and we need to share that thought leadership with the world. Consequently, you will be blogging, and we expect you to have a new post every two weeks.

Does that sound familiar?

You can’t force social media adoption, because the more you associate social media with just another job task that you don’t really have time for, the less passion your content will contain, and the less successful it will be.

Passion trumps position in social media. If you have mid-level or junior staff that really want to create content on behalf of your company, you’re better off giving them the keys and helping them create more engaging and insightful content, as opposed to adhering to an edict that the senior team has to be the mouthpiece.

The content will have passion. The content creators will be happy that you gave them the opportunity to communicate on behalf of the company. And the members of your team that would rather not get involved in social media can stay on the sidelines, making them happier, too.

At the organization level, we’re almost to the point where social media engagement is mandatory. At the individual level, we aren’t, and I’m not sure we’ll ever get there, or should.

How about you? Do you have people gritting their teeth about social media in your company?