Why Content is Fire and Social Media is Gasoline 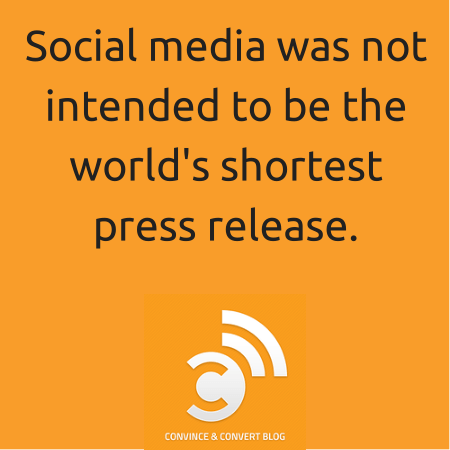 This is the second in a series of videos culled from an interview about content marketing I did with Terry Foster of Cision Canada. Cision (the USA version) is also a sponsor of Convince & Convert and our Social Pros podcast. (here’s a post I wrote about their nifty content amplification tool).

Terry: How important is it to create a consistent audience?

Jay: Well, it’s sort of a chicken and the egg argument. What I would say is that great content creates audience disproportionate to the other things in marketing that you’re doing. Without useful content – without content that entertains, without content that breaks through – it’s much, much more difficult to create and maintain an audience then it used to be.

By the same token, if you don’t have an audience, the content creation process can get to be a pretty lonely endeavor. I see this all the time – where people are actually doing pretty good things, but the cart’s before the horse. They focus so much on production and not enough on distribution and amplification that you have this great content that just falls completely flat.

Jay: Well, I think, typically, what we look at is that content is fire, and social media is gasoline. Social media’s best relationship to content is as an amplification layer, that the content exists independent of what you’re doing in social, but you’re using social to drive awareness of your fantastic content executions.

Social media was not intended to be the world’s shortest press release. Yet a lot of companies still unfortunately use it that way. I can tell you firsthand, and you see this every day with your client, a tweet, for example, that says, “We’re a great company, click here to let us prove it,” is not going to perform as well as a tweet that says, “We made this super interesting, useful thing, click here to check that out.”

Terry: So would you say then that engagement is vitally important to a content marketing program? 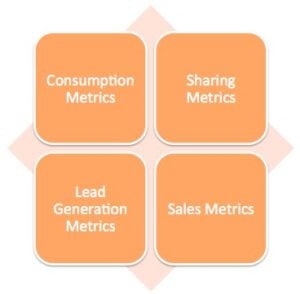 Jay: I think engagement is one of the ways to measure the effectiveness of content. We think about content metrics in four buckets: (see our free ebook on content metrics here)