How the Recent Surge in Pharma Deals is Dominating Media Headlines

Yesterday, it was announced that Abbott Labs would acquire St. Jude Medical in a $25 billion deal to expand heart device research and business. The news of the merger sent Abbott Labs straight to the top of headlines, with a massive spike in mention volume last Thursday morning: 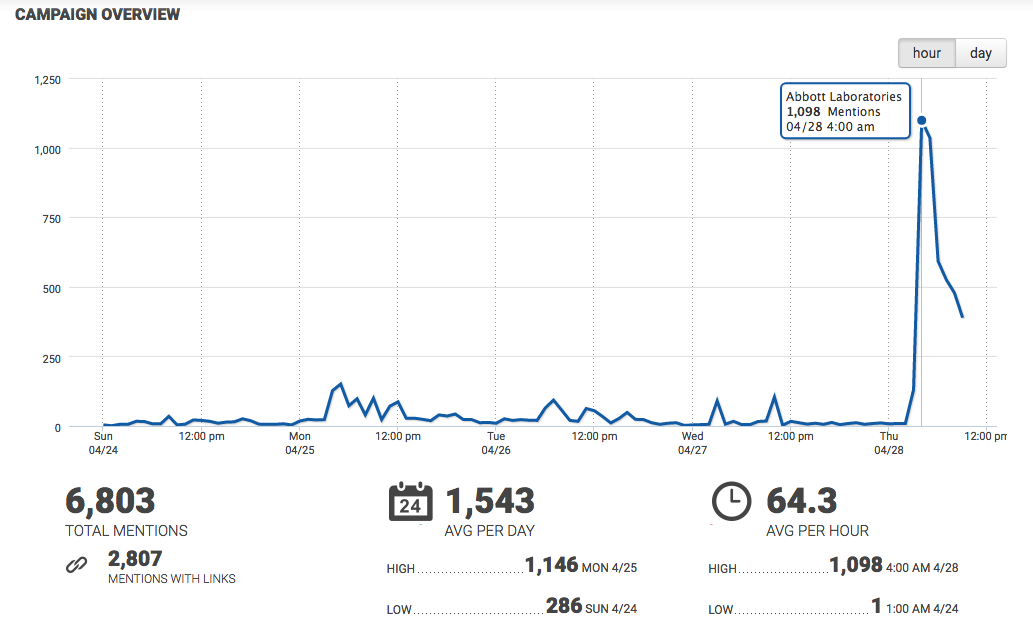 In a related industry turn of events, AbbVie Biotherapeutics Corporation (a spin-off of Abbott Laboratories) has decided to expand its oncology presence through the acquisition of Stemcentrx. This $5 billion startup has backing from Silicon Valley investors including Artis Ventures and Founders Fund, and is “in clinical trials of drugs dedesigned to treat cancer by targeting cancer stem cells.”

Unsurprisingly, yesterday was dubbed as Super Thursday in pharmaceutical dealmaking — we then decided to uncover more insights from the acquisitions, while comparing the two side-by-side.

In terms of trending stories, the acquisitions dominated ALL Abbott Labs and AbbVie-related headlines throughout all of Thursday:

And for both companies, Business Insider was providing top coverage. As seen with the most popular tweets for both Abbott Labs and AbbVie, the publication held both the first and second spot, respectively:

Diving deeper into the conversation to no suprise, both acquired companies (Stemcentrx and St. Jude Medical) were at the forefront of AbbVie and Abbott Labs discussions: 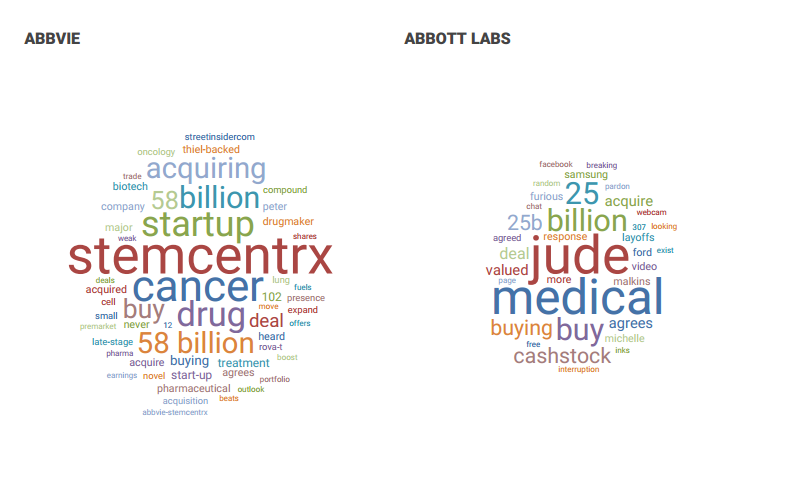 Looking at the acquisitions from a national perspective, mention volume was broken down relatively evenly. Abbott Labs held a slight lead in mention volume, carrying 51% of the share of voice: 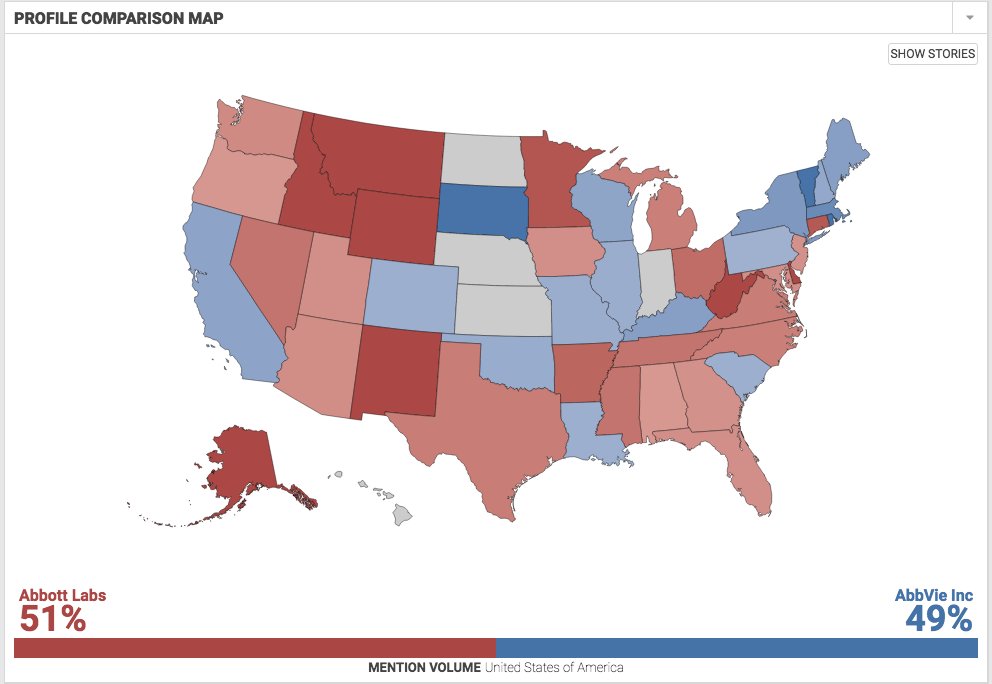 However, as the day progressed, AbbVie dominated with 3,500 total mentions, generating three times as many as Abbott Labs: 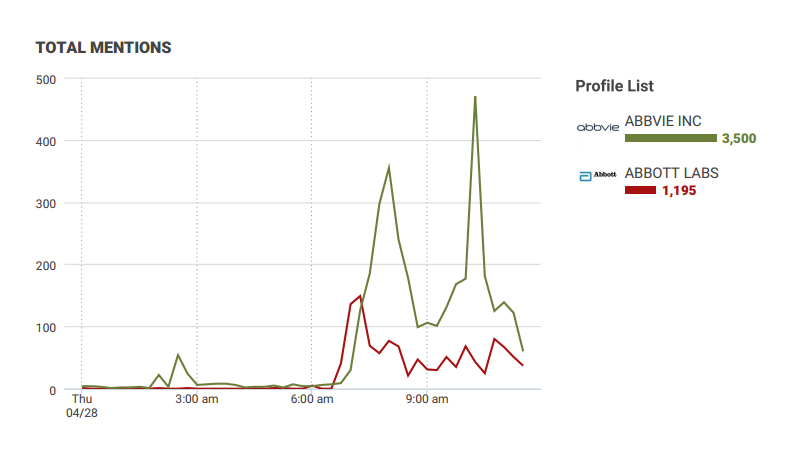 Regardless of who made the most noise on Thursday, the news surrounding both companies plays into the latest boom of pharmaceutical mergers and acquisitions. According to Fortune, there was a $221 billion surge in pharma deals during the first half of 2015, with similar growth anticipated for this year. As this continues to occur, news of mergers and acquisitions seem likely to make waves across the media spectrum, not just social media.