100% of Marketing Stats Are Made of Numbers 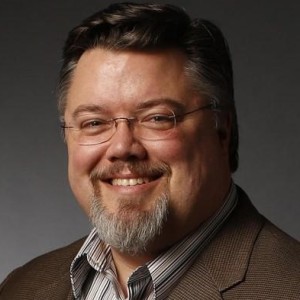 Jay Baer has made a terrible mistake. He has gone on vacation and invited me to guest blog again. After my critically-acclaimed & Tony-award nominated post last year—“3 Reasons Email is the Coolest Vampire Today”—I can hardly blame Jay. I set the bar high with an intellectually-stunning metaphor built upon timely cultural references and a numerical headline that made for tasty link bait and maximum tweetability. I also recently coined the term “apptrophy” which, frankly, is my best shot at immortality should it make either Wired’s Jargon Watch or the pages of the Urban Dictionary.

I fear, however, that my past actions have set the bar too high, and now Jay’s expecting blog gold from me every year. Little does he know that in this tough economy, I exchanged my blog gold for cash months ago, which I then promptly used to purchase Angry Birds, Angry Birds Seasons, Angry Birds Rio, and the Golden Eagle. Yes, blog gold is only worth $3.96—but can one really put a price on the child-like joy derived from crushing hordes of self-important pigs and smarmy marmosets? I didn’t think so. 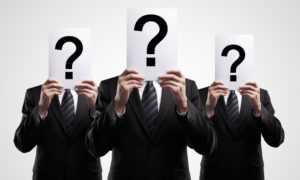 But I digress. Jay has clearly overestimated my ability to inform and/or entertain the Convince & Convert audience, and for this, I apologize. Jay is usually such a good judge of character, it is frankly surprising that he has let you all down in such a fantastic fashion. I mean, look at the headline for this post. I’m now over 250 words in, and I haven’t provided even a single marketing stat. Not a one! That’s false advertising. Clearly, the FTC should be alerted immediately and investigate Jay Baer thoroughly. Thank God the government has people policing such things.

Whatever you do, do not—I repeat, DO NOT—like, share, tweet, email, comment, bookmark, link to, love or otherwise have intimate, social media relations with this blog post. To do so would only be to encourage me and get Jay to ask me to guest blog again. I am 100% sure of that.

Great. Now you have tricked me into giving you a stat and rendered nearly half of this post erroneous. I sure hope you didn’t contact the FTC to report Jay Baer for false advertising. If so, I’d start gathering your things Gene Hackman/”Enemy of the State”-style. Under the newly-renewed Patriot Act, you are now on the “Do Not Tweet” list, and Johnny Law has the right to come bursting through your door any minute to deactivate your Facebook account. The good news, of course, is that there’s no way to truly deactivate your Facebook account, so don’t sweat it. Thank God Facebook has all of our best interests at heart.

Speaking of Johnny Law, can anyone explain to me why they haven’t taken Jay Baer into custody already? From what I understand, he co-authored a book or PDF or Kindle-ing called “The Now Revolution.” If we’re truly taking security seriously in this country, shouldn’t authors who put “revolution” in the freaking title at least be on the Do Not Fly list? And yet, Jay Baer’s free as a bird, flying coast-to-coast telling marketers there’s a revolution going on RIGHT NOW. That’s like yelling “fire” in a crowded theater of firemen who like to tweet. Someone should alert Roger Ailes immediately. This clearly needs to be in his morning talking points briefing for his FOX News team. Thank God there’s a serious news channel willing to stand-up to such lamestream marketing authors as Jay Baer.

In closing, I’d like to state that none of the opinions or “facts” stated herein are those of my employer (ExactTarget), my wife (Craft Test Dummies), or me, Jeffrey K. Rohrs. These are all the opinions of one individual—Jay Baer. Convince & Convert, after all, is his blog. And he should be ashamed of his porous guest blog filtering mechanisms. After all, he just abused four minutes of your life—minutes that could have been spent over at The Onion or Funny or Die realizing 100% higher humor ROI than this post. (darn, another stat slipped in)

For shame, Mr. Baer. For shame.

(ExactTarget is a Convince & Convert client)