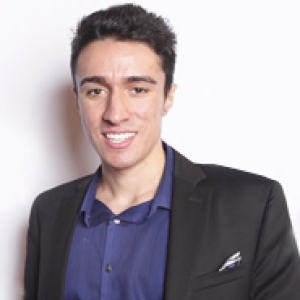 Last month, Google announced the creation of its new parent company, Alphabet, which will house the Google we know along with lesser-known experiments like Calico and Google Fiber.

This isn’t news to you, but here’s what makes it interesting: If you were to search LinkedIn for “Google Alphabet”, you’d find a collection of articles written by CEOs, Presidents, and Ph.Ds. One titled “Google’s Alphabet in 2050 from A to Z” aims to predict future Google holdings. Another titled “Google’s Tragic Alphabet Soup”  discusses why this decision will kill Google’s brand value.

In fact, even under “In the News,” one of the top results is a Forbes op-ed:

Each of these pieces offers a different take on what Alphabet means for Google and our society, but half of them aren’t “news”—at least not in the traditional sense. Op-eds are becoming a main source of timely information for many consumers, giving inbound marketers more opportunities than ever before to lead discussions.

With the rise of brand newsrooms, obsession with content, and desire for social media engagement, op-eds on company blogs and sites have more potential than ever to deliver their particular take on any given topic to a news-hungry audience. The company op-ed also has the task of delivering news that is relevant to readers and the company itself—otherwise, it will be ignored.

Right in the Action

Let’s take a look at the article “Kim Jong Un Will Make You a Better Leader.” Written by TalentSmart President Dr. Travis Bradberry, the article uses the headline-making leader of North Korea (who is practically in the news on a weekly basis) to teach his readers how to be better leaders. For many, this intersection of news and content is both engaging and informative.

Another example comes from the controversy over Starbucks’ “Race Together” campaign to address race issues. This op-ed-style Harvard Business Review piece is at the top of Google’s search results. Meanwhile, Techonomy Media executive David Kirkpatrick asks his readers in a LinkedIn op-ed to be open to the idea that Starbucks is actually trying to do good.

What do all these stories have in common? They are all replacing traditional news. The first gives direct steps that readers can take, making it a form of “actionable news,” while the next two encourage readers to open up to different ways of looking at trending, newsworthy topics. None of these pieces were written by journalists or published in traditional newsrooms.

Today’s brands know that advertising is no longer the future of selling. From banner blindness to ad blocks, recent history has shown that people don’t like being sold to.

Now, even the humble startup or SMB has the opportunity to voice its thoughts in a thoughtful and engaging manner. Content strategy is king, and the rise of brand newsrooms fills the need to provide audiences with relevant, trending information. This is what we blanket label “inbound marketing.” But that’s not entirely accurate, as it isn’t just marketing. More and more frequently, inbound marketing is actually replacing news.

Take GE’s Newsroom, for example. In a recent Inc. article, Thomas Kellner of GE Reports explained that, with the myriad of businesses GE is involved in, it was necessary for leadership to unite them all under a single voice. So while the news topics in the GE Newsroom are varied, Kellner said they are each given a similar spin by focusing on GE’s core value of innovation.

Companies aren’t just targeting trending topics, either. Evergreen topics, or topics that are relevant to readers year-round, are a huge opportunity for brands to establish their authority. Purina’s homepage is full of articles on pet care, ranging from the basics of cat training to a dog breed selector. While there are links to view Purina products, the site gives the impression that selling is not their top priority (it still is).

But op-eds are double-edged swords: If readers come to expect only actionable advice from their news, what happens to news that isn’t as applicable?

While it’s arguable that a clever copywriter or marketing campaign can make anything relevant, this will inevitably be easier with certain types of content and certain topics. Newsworthy stories will potentially be skipped in favor of “actionable news” that can be spun into a digestible lesson for readers. Anything un-actionable may be ignored.

On the other hand, a focus on relevant, news-related op-eds runs the risk of readers overlooking the branded source itself. In a recent BetaBoston article, Karen Guglielmo (content marketing strategist at Iron Mountain, Inc.) expressed these concerns. She explained that there seems to be a disconnect between her company’s created content and their return.

Which Side Are You On?

Each article on Alphabet tries to be unique and offer up a new angle, while also soft-selling a product or encouraging an action or specific line of thought. Readers will look to these “newsworthy” pieces for thought leadership, and read them just as if they were traditional news.

But what if the most relevant topic in an industry doesn’t serve the best interests of its businesses? What if popular opinion is against them? In other words, just how impartial can the branded op-ed really be?

Of course, one option for brands is just to say nothing. Another is to give the unfavorable topic a new spin. It can be argued that both these approaches would be no different from what traditional newsrooms do today.

But curiously enough, branded blogs and articles almost never face the kind of public outcry that, say, FOX News does. For readers, op-eds exist in a gray space between “the news” and “a good read” that makes them feel like they’re just listening in on a conversation, or even participating in a discussion. This makes it easier to overlook the author’s bias; perhaps it even justifies the bias.

So what does all this mean for news? Won’t readers ultimately seek out news from leaders that share the same opinions as they do and ignore everything else? Will people actively seek differing opinions?

In fact, a recent study conducted by the Media Insight Project examined how Millennials get their news, and their findings seem to support this. 85% percent of respondents said that keeping up with the news was important to them. The study explained the material consumed is a mix of lifestyle news, hard news, and “news you can use.”

Furthermore, 86% of respondents said they see diverse opinions through social media. What’s more intriguing is that of these respondents, three-quarters claim to seek opinions that are different from their own. While the potential of self-selecting news is present, it seems that Millennials are open to searching for other opinions.

Of course, there’s always the possibility that the trend could reverse and audiences will simply return to content that aligns with their beliefs. Some may say that the op-ed is just one piece in a company’s overall content strategy, and that too much is expected of them.

Every business wants a loyal audience, and every influencer wants their opinions heard. While today’s digital environment make this more possible than ever before, it’s important to remind thought leaders and brands that, whether they like it or not, they are now in the business of reporting the news.