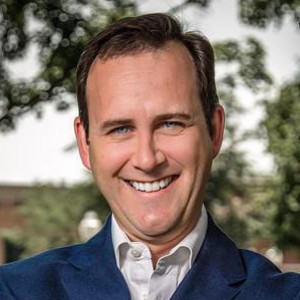 As you’ve no doubt seen in the headlines (and in your own Facebook feed, most likely) is the groundbreaking use of Safety Check by Facebook in the aftermath of the Paris terrorist attack.

Facebook announced the launch of this feature in October 2014, inspired by earthquakes and tsunami in Japan, when people were looking for answers about loved ones. Safety Check was first activated in April of this year during the Nepal earthquake, and until last weekend, was only use for natural disasters. Since then, Facebook also deployed Safety Check for the Boko Haram bombings in Nigeria this week as well.

Why has this been such a big deal for the site? A few reasons.

First, there is no doubt that Facebook, with its 1.5 billion users, has the critical mass to make a tool like this possible. From your grandmother to your next door neighbor, it’s becoming more likely that nearly everyone you know is on Facebook. In its 10 years of existence, Facebook has flourished and become mainstream.

This is an important first step in realizing a public utility like Safety Check.

When you combine such ubiquity with Facebook’s acquisition and development of other platforms such as Instagram, Messenger, Notify, WhatsApp—as well as internal features such as video viewing, the Buy button, Instant Articles—you have the formula for Facebook as the Internet. It’s become fairly clear that Facebook would like to keep you on Facebook at all costs, and having a public utility that tells you the whereabouts or status of a loved one during a crisis is another great way to lock that relationship in.

It may seem minor in comparison to the other two points above, but Facebook has provided a utility—or rather a Youtility, as Jay Baer would put it—a product feature that is designed to help users, not hype a company’s self-interested priorities. Facebook has put its users front and center with the development of Safety Check, and it perfectly reflects Mark Zuckerberg’s vision to connect the world.

Could this have been done by Google or Twitter? Technically, perhaps; by scale and frictionless use, probably not. For after the reaction of turning to global news sources, most people would open Facebook to see what was being said, and would find the service.

Facebook’s example reminds us that we all have the ability to go further and provide some value to our customers, above and beyond our own marketing efforts.