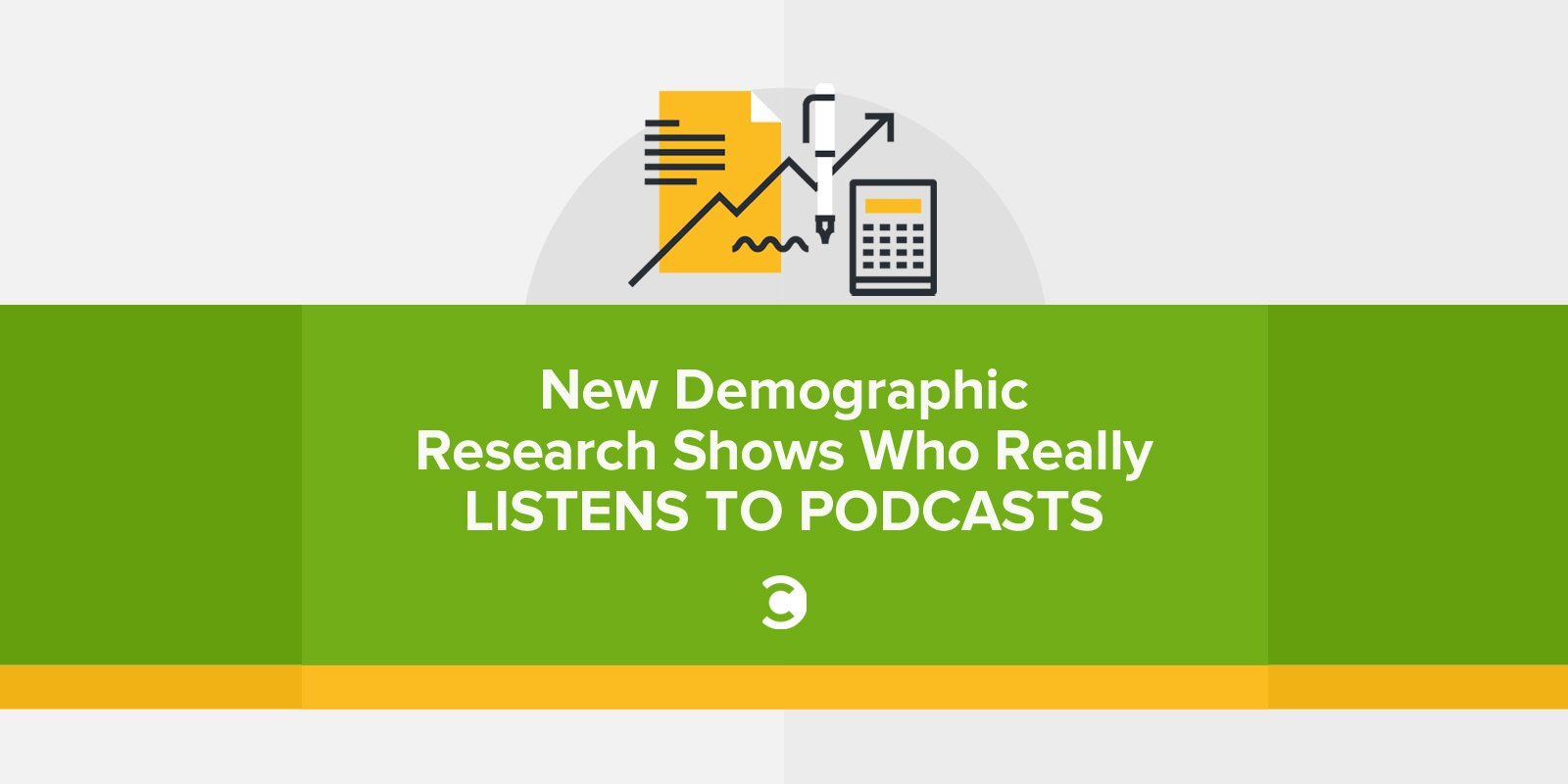 Edison Research has just about cornered the market on podcast research and podcast statistics, and their new report, The Podcast Consumer 2017, continues the trend with a deep-dive into the demographics of American podcast listeners.

In January and February of 2017, Edison surveyed 2,000 people ages 12 and older about their audio and social media habits.

I absolutely encourage you to grab the full report (no cost) here. Meanwhile, here are the findings I found most interesting.

60 Percent of Americans Are Familiar with the Term ‘Podcasting’ 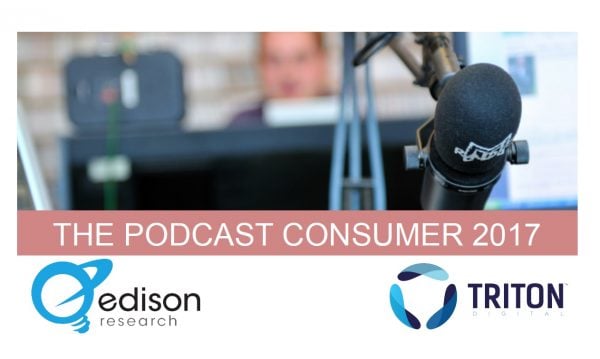 I could argue the impact of this finding both ways. On one hand, 60 percent of America is a LOT of people. Conversely, if podcasting is going to get to the next level of penetration and success, the fact that four in 10 people have never even heard of it is an obstacle.

40 Percent of Americans Have Listened to a Podcast

I believe this finding to be a good sign for podcasting, as it means that two-thirds of the people who have heard of podcasts (see above) have actually listened to a podcast. That strikes me as a modestly strong ratio of awareness-to-trial. By way of a totally unfair, straw man example, two-thirds of Americans have tried sushi, and I presume awareness of the concept of sushi hovers around 100 percent.

56 Percent of Podcast Listeners Are Men

Is it because they have more listening windows? Is it the topics of podcasts? The reason has yet to be discerned, but among the 67 million people who listen to at least one podcast per month, 56 percent identify as men.

84 Percent of Podcast Listeners Are Under Age 55 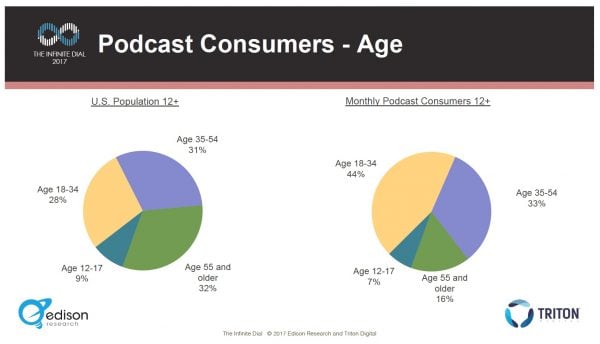 As I wrote about in “the 11 critical 2017 podcast statistics,” podcast listeners are younger than America as a whole, but the podcast community is no longer dominated by the young.

In the past year, monthly podcast listeners ages 25 to 54 increased 29 percent, with listenership among younger and older Americans staying essentially flat. This may be driven by an expansion in listening devices (in-car, Spotify, Amazon Echo and Google Home) and/or the explosion in podcast options.

45 Percent of Podcast Listeners Have a Household Income of $75,000 or More

Public Radio is a Major Engine of Podcast Consumption

This is perhaps not a surprise, as even a cursory glance at top podcast charts will show a wide variety of shows produced by public radio (This American Life, et al.). But the effect these podcasts have on the overall podcast listening community is really quite significant. In fact, among people who listen to public radio podcasts, 55 percent of them subscribe to one or more shows.

Also, podcast listeners are 23 percent more likely to use social media “several times per day” compared to American social media users who do not listen to podcasts.

Get your copy of the free report: The Podcast Consumer 2017