Social Notes: How Technology is Giving Music Power to the People 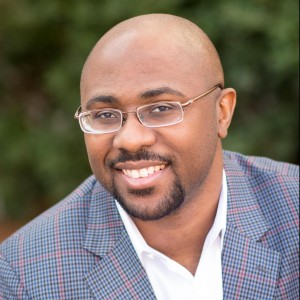 We have come a long way. The music industry has gone from the days of public payola to public crowdfunding of albums that haven’t even been recorded. Social networking, crowdfunding, digital distribution, music streaming services, mobile technology, and affordable recording equipment has put the power of music in the hands of the people. This has allowed artists to take their careers into their own hands and allows fans to enjoy their music more affordably. So what has brought about this evolution? And what can music marketers in the digital space do to make sure their music clients are well promoted?

Sean Parker believes that Spotify will out earn iTunes in the near future. While his opinion might be biased with a twinge of hyperbole, I can understand how his statement relates to upward trend of freemium and streaming music services. We’ve gotten over not needing a physical CD with printed artwork to satisfy our music needs. Now fans are becoming more comfortable with not even owning their music! The access to a wide variety of music at the click of a mouse is beginning the to trump the hassle of organizing a CD tower.

All is not swell on the streaming front through. Spotify is controversial topic as you can get smiles and giggles from music fans and frowns from artists. The Black Keys’ Patrick Carney is one musician who has been open about his dislike of Spotify’s flow of money to artists. Some industry analysts blame labels for the lack of payout to artists, a problem that has been debated for decades. Some labels, especially indies, have decided to take their ball and play elsewhere. But with 20 million users (with some inactive users in the mix), there will have to come a time that indie labels (who aren’t Merlin members) and indie artists can figure out a way to get what they want from having their music on Spotify.

It’s interesting… Spotify is all the rage, but many people forget that YouTube is the biggest music streaming platform on the planet; and that artists are foregoing radio and breaking new songs on Soundcloud. We’re in an amazing time for music right now.

Listen up marketers: You must devise a strategy that involves riding on the backs of streaming platforms. Have your clients create Spotify playlists and push them through their other social channels. Playlists can also be embedded on blogs for sonically engaging content marketing. The playlists don’t have to feature their own music. In fact, fans appreciate being introduced to the music that their favorite artists enjoy. Check out how SXSW used Spotify to promote the big acts that performed at SXSW 2013.

A good number of the hit songs that you listen to are being made on laptops and mobile studio setups. It’s significantly cheaper to produce and record music these days. The days of the big monster commercial studios are numbered. It’s bad news for the studios, but good news for artists who want to the freedom to record when they want to. Self recording also helps artists have less to recoup from their labels.

Music production apps are amazing right now. With an investment of $50, you can have a full suite of drums, synths, and sampling capabilities at your fingertips. Leading the charge in the music production app space are Korg, INTUA, and Native Instruments. Fans are winning because their favorite musicians are able to push out music more frequently.

How to market home studio recordings: YouTube and Vimeo come to the rescue. Fans want the chance to see artists be creative. Take a flip cam into a writing or recording session and show your fans how your music clients come up with the songs their fans love. Advise your clients to be authentic and natural. Keep all the bloopers in the video. Production quality isn’t terribly important here. It’s the content that matters. Power tip: For a live and more interactive touch, Google+ has made live broadcasting and auto-archiving to YouTube a breeze via Hangouts On Air.

Crowdfunding is entering another level of its evolution. The first generation style of crowdfunding brought people raising money for the the recording of their albums. That’s cute and all (if they ever come through with products people pre-pay for), but now we’re seeing more innovation in the space.

Now, fans are teaming together in even more interesting ways. Want to put some money together to bring your favorite indie band to your city? Check out what’s happening at Songkick with their newly unveiled Detour platform. Yes, gigging has gone social with the booking process flipped onto its head. Detour has opened it up for anyone to join in to bring their favorite acts to London. Imagine what this is going to do to the touring industry (especially for indie artists) as it spreads to other territories. Power to the people!

Niche marketing: Crowdfunding has been sneakily becoming a very niche ecosystem lately. Kickstarter is the biggest but is not the only player in town. If you’re pre-marketing a music release, finding a niche crowdfunding platform is a great way to get the word out and raise funds simultaneously. For example, PledgeMusic is good for those who need an all-in-one marketing and funding solution. For a more global approach, Italy-based Musicraiser is the first crowdfunding platform that plans to support all major languages and currencies. With all that said, you must be careful and creative. You can’t enter your campaign with your hands out without engaging with your fans. This is especially risky for celebrities who likely have the funds or offline resources for funding the endeavor. Creative perks like allowing fans to contribute to an album’s liner notes or an invitation for a fan to play the tambourine on stage with the musician are the types of things that deviate from the norm and create buzz.

Where the ‘Big Three’ Fit

Facebook, Twitter, and Google+ are the big monster platforms in the social space. It’s simple: The ‘big three’ are where people usually consume information from their friends, family, and news outlets. Music is often included in this flow of information. Twitter #music (more of a music previewing platform) is somewhat interesting and Google Play is trying to make a mark; but they’re struggling to make a big enough impact that will break fans away from YouTube, iTunes, Spotify, and other niche players. But as a marketer, you can’t afford to ignore the ‘big three’ platforms as they’re pretty much the Internet themselves.

While artists have more digital tools and platforms for promoting their music, they still must deliver. That’s right y’all, talent and hard work will ultimately determine your success in the music industry. This is great news! With more and better technology, there will be more noise. It feels great to know that human beings ultimately determine what should rise to the top. Our ears are still the best listening devices in existence, and our mouth is the best social networking tool we possess.

I’ve been involved with the music industry since high school, when I wrote for music magazines and performed in a hip-hop group made up of other private school kids (good times!). Music is very much part of my current business as a sports and entertainment marketer. My music industry stories and businesses/marketing lessons are told in detail in my new book, O.P.E.N. Routine: Four Components to Personal Branding Excellence. Thanks to my friends here at Convince and Convert, they’ve given me the opportunity to giveaway a signed copy to a member of the C&C Community. Sign up below for a chance to win:
a Rafflecopter giveaway