The Death of the Deal: Google aims to transform old school media buying 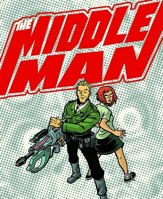 Rerouting inefficient markets is what the Internet does best. Wherever lack of information transparency requires regular folks to use specialists to make a transaction, the Internet will discredit and then cripple that industry. The former travel agents and stockbrokers serving your Bloomin’ Onion at Outback can attest to the Net’s unique ability to eliminate the middleman.

The next cabal of intermediaries wearing a bullseye sport coat is the buyers and sellers of advertising space and time. Today, it’s not that different from getting a rug in Istanbul or a necklace on the beaches of Rocky Point. The purchase of media shares a bunk with car sales in the shrinking barracks of business transactions where haggling is the norm.

Do print, broadcast and billboard companies have price lists? Sure, but they’re adhered to with Pitt-esque fidelity, and rarely published. Ad deals are negotiated and finalized in a tango of proposals and counter-proposals, faux outrage and coy denial. It requires two highly compensated people to seal even a modestly sophisticated advertising agreement.

It’s an inefficient marketplace that reeks of vulnerability and opportunity.

Internet advertising will tally $16 billion in the U.S. this year, and a preponderance of that lucre will go to the high flying gorillas of the industry: Google, Yahoo!, MSN – a post-modern Big Three Networks. But, the stock market-fueled requirement to continue growing like Barry Bonds necessitates the location of other major revenue streams, and offline advertising could prove to be the HGH of the online media giants.

“Our goal with adCenter is to advertise into any medium. This marketplace is begging for some efficiency in the media buying process.”
– Joanne Bradford, Chief Media Revenue Officer, Microsoft
June, 2006

The Big Three already have hundreds of thousands of customers buying ads every day, utilizing their Web-based systems for purchasing those cute little text ads that come up on top and on the right hand side of search engine results. The plan is to modify and extend that platform to enable advertisers to purchase offline advertising directly. No phone calls, no meetings over sushi, no negotiation. Whoever will pay the most for the ad gets the space, and anyone with a computer can play ball.

Taking a page from the eBay playbook (note Yahoo!’s new joint venture with the auctions king), the money isn’t necessarily in owning the ad space to be sold, it’s in taking a small piece of each transaction in exchange for facilitating the deal.

Newspaper classifieds advertising alone generated $3.8 billion in the first quarter of this year, according to the Newspaper Association of America. Just a two percent commission on that component of the offline media universe totals $76 million in commissions per quarter, and requires approximately zero overhead once the system is running.

Despite their chest thumping public statements, Microsoft is as usual already running behind in this new race to automated media buying dominance. Google purchased DMarc, a radio advertising company last January, and launched a pilot program in February that enabled Google advertisers to buy space in major magazines including Car and Driver, PC World, and Entrepreneur using a modified auction model.

By its own admission, the test was not particularly successful, and underscores why this transformation will not happen immediately. Except at small companies – not likely to be advertising in Car and Driver – different people in a corporate marketing department or ad agency are responsible for buying online and offline ads. The search marketing guy that understands Google inside and out doesn’t know the magazine market, and an auction model has all the familiarity of Mongolian goat blood liqueur to most offline media buyers.

Google will keep trying until they get it right. There’s too much money at stake to not take a long-term approach to this nascent business.

“We’ve talked about the expansion into video ads, and eventually into television. My guess is for each of these major new media initiatives, we’ll have a few cycles of trying to find the right combination of advertiser product, targeting product, and business model that really takes off.”

Progress is already being made, as Google unveiled a video ad test in late May, and Emmis Radio, the country’s ninth largest station group (and owners of KKFR-FM in Phoenix) announced that they will install Google’s dMarc system in all its stations.

How long will it be before it’s common to purchase offline ads directly via a Web site? One year? Five years? It’s too early to predict when the tipping point will occur, but if you buy or sell ads for a living, now would be a good time to get friendly with your laptop.