Winning the Marketing Battle Between Help and Hype 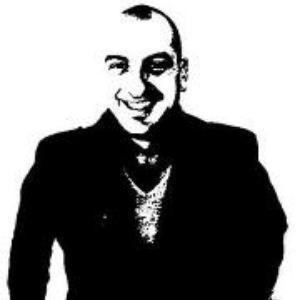 In almost every presentation I work up, there is one line that invariably finds its way onto a slide:

“Adding value through the timely publishing of useful content is the best way to generate goodwill in the communities you operate in.”

A blogger who I really respect a lot, Jay Baer, has just published a book called Youtility and the tag line for it is:

“Why smart marketing is about help not hype.”

The extended blurb for the book goes on to explain the importance of being useful in the age of information overload.

This perfectly articulated observation from Jay really struck a chord with me and re-ignited my feeling that this sentiment is being largely ignored.

There are a number of reasons for this, and I wanted to share the reasons why this mentality isn’t being more widely adopted.

But before I get into that, it is important to outline what encompasses this ‘help over hype’ approach.

Help vs. Hype: What does it mean and why is important now?

When you strip it back, it is pretty straightforward.

Technology has always shaped the way businesses have been able to market themselves.

For most of the 20th century, communicating to the masses was confined to a few select avenues, which meant businesses had to pay (directly or indirectly) to reach the audiences most important to them.

The advent of the social web has changed things significantly, giving businesses a genuine opportunity to engage in a running dialogue with the communities most relevant to them.

However, and this is a very general statement, the old mentality (sell first) is still the most prevalent character trait.

Because businesses haven’t traditionally been able to engage in consistent dialogues, it is my feeling that the value of being able to do this isn’t fully understood.

I’m not saying bigger style campaigns shouldn’t play a role at all, but they should augment a solid foundation which comes from the consistent and sustainable delivery of content that adds genuine value.

Like it or not, this is where the world is going, and it will only become more obvious over the next few years as access to information increases and standing out from the crowd is made more difficult. The best way to stand out will be on the back of developing genuine relationships which can only happen over time (as opposed from yelling the loudest at selected times).

Help vs. Hype: Why Is It So Contentious?

1. The majority aren’t sold on it yet – Imagine acting and behaving in a certain way your whole life and then being told that everything you knew was no longer applicable. This is a very common feeling amongst businesses and the agencies that service them. Change is hard and it is made harder if it is something you don’t fundamentally believe in (or understand adequately).

2. The majority of social media advice provided is incorrect – While social media has opened up a new way of business communication, it hasn’t triggered a new way of business behaviour (on the whole). I see so many business ‘doing’ social media as an add on to their traditional marketing activities or saying ‘how does this work socially’? Unfortunately, there is no short cut to genuine social media success. And success is not measured simply in numbers. The owned social channels are the simply the outposts for the useful information an organization can access and share.

3. ‘Help’ takes patience, ‘hype’ can be more immediate – Have you ever made a decision to be more healthy or get fit? If you have, you’ll know that it requires a shift in the way you live your life to make a sustainable change. You’ll also know that it is a pain in the a**. You have to sacrifice many moments of instant gratification in exchange for benefiting from a long-term and ever evolving goal. This hype vs. help dilemma is the same.

4. We reward ‘hype’ much more than ‘help’ – If you take a look at any Cannes Lions shortlist, the majority of entries feature some incredible innovation and creativity. We love to reward this kind of thinking and execution. However, we don’t get as excited about the incremental impact of making organizational changes that make it easier to add consistent value and help to the people most important to us.

5. The ‘help’ mentality is short on proof – The socially-shaped web and the ability to provide useful information on a consistent basis is still a relatively new phenomenon. Like most things in life, we’re often only prepared to make decisions when presented with an argument that is built around a long history of proof. We don’t have an abundance of this yet. This makes this evolution very much a ‘chicken and egg’ thing – until more organizations take the help ‘risk’ and see the benefits we won’t see others follow suit.

This new frontier doesn’t mean the end of creativity and innovation.

It simply means that a different type of innovation is required.

The transformation from hype to help is a long one and it will take a number of years for most organizations to fully embrace it.

Frustratingly, most of the people who will read this are members of the ‘converted’ – the real job involves proving the value of this approach to the ‘hype’ fraternity.

Editor’s Note: A version of this article originally appeared on commscorner.com.

6 Ways to Integrate SEO Across Teams
Martech Stack Additions: What You Should Consider Before Signing a Contract
CLICK TO SEE MORE ON DIGITAL MARKETING
Article Continues