Social Media Marketing World (#SMMW16) kicked off last Sunday, bringing 3,000 marketing professionals to San Diego through Tuesday. During the course of those three days, nearly 72,000 mentions were made by attendees and those discussing the conference from afar: 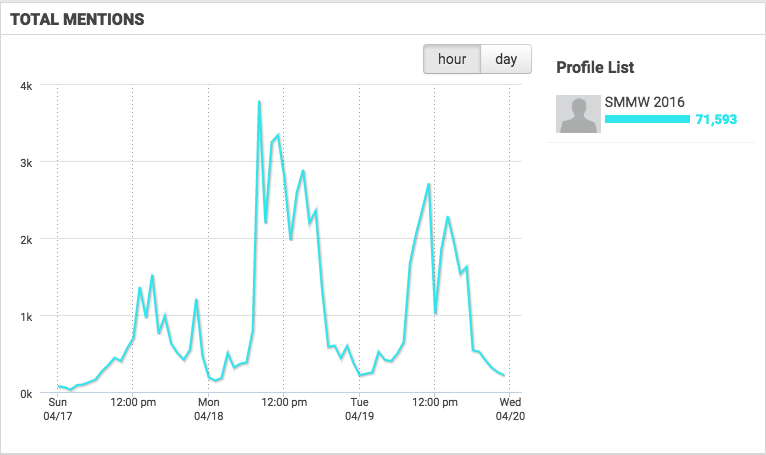 While mentions consistently were high throughout the conference, the largest spike in volume occurred just before noon on Monday. What drove this particular increase in the #SMMW16 discussion?

From Bryan Kramer to Gary Vaynerchuk, and every (blank) inbetween, #SMMW16 was all about who can drive conversations. Before the event even kicked off, Lee Odden‘s Top Rank Marketing Blog released a list of the Top 50 Social Media Marketing Influencers Speaking at #SMMW16. And from Sunday through Tuesday, this piece was at the forefront of all conference conversation: 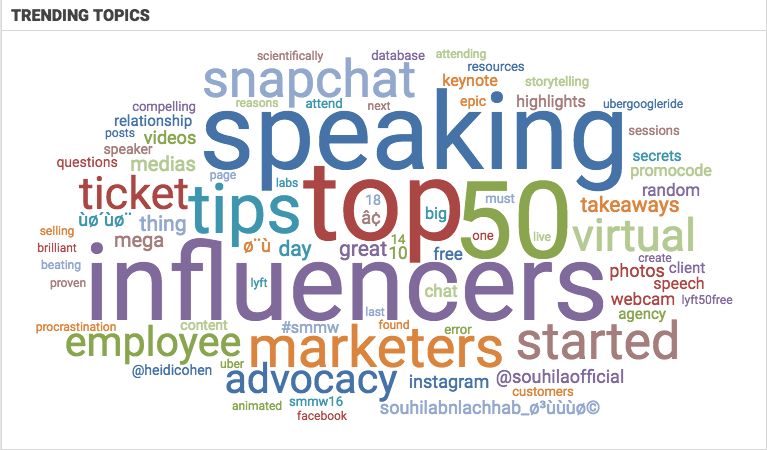 Identifying influencers is a critical obligation within the realm of social media. Therefore, we can suspect that many attendees were using the list to identify people of interest at #SMMW16, causing the original blog post to rapidly spread.

The Rise of Snapchat

Another hot topic at #SMMW16 was Snapchat. The fastest-growing social network was the centerpiece of several different conference sessions, with many discussing how to implement the platform while attending the conference:

Additionally, Snapchat could be detected among the top emojis used within the #SMMW16 discussion. ? is frequently used to reference Snapchat on social media, as the platform’s logo is a ghost. As seen below, the emoji was used 109 times over the course of three days: 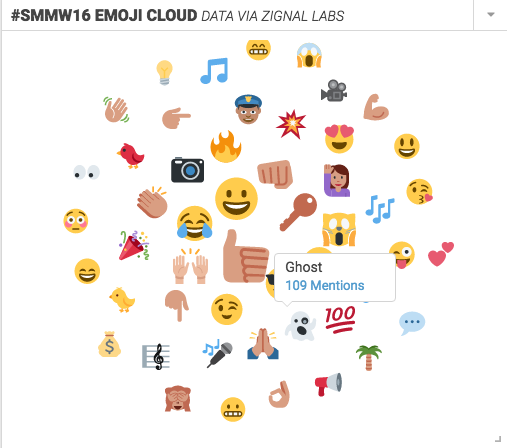 In tying together influencers and Snapchat, it is interesting to note that the Top Rank Marketing Blog may have helped drive each topic to be at the center of #SMMW16 conversation.

As illustrated above, the list of top influencers, as well as 7 Tips for Marketers to get Started with Snapchat both originated on the Top Rank blog. In fact, there were over 2,300 shares from the site — more than double what was shared on Instagram using the #SMMW16 hashtag: 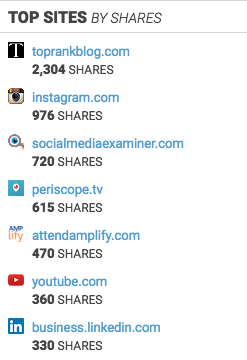 While visuals are considered powerful in storytelling, those within the #SMMW16 discussion proved that traditional blogs cans still hold their own by leveraging images.