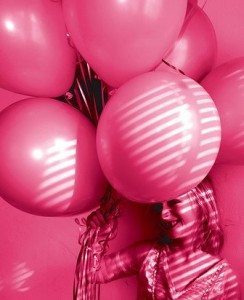 As it grows up, is Twitter taking the fun out of it?

Lost in the hysteria over changes to Twitter’s reply handling scheme are several other adjustments that were more quietly unveiled/discussed in recent days that are likely to prove much more important.

Notifications that you have been followed by Twitter users are now being delivered in email via HTML, rather than plain text. These emails enable Twitter to maintain a more consistent visual presentation, but the driving force behind this change may be of a more economic bent.

If emails are delivered as HTML, banner ads and/or sponsor logos could easily accompany them in the future. Sure, a sponsor could be inserted in the old, plain text versions (as seen in Peter Shankman’s HARO updates, among others) but the large brands that would likely gravitate toward Twitter sponsorship (Dell, Southwest) are much more interested in graphical ads than text links, to satisfy their own brand police.

These follower notices also contain slightly more information that they did previously, including follower avatar, follow/following count, and number of updates. Note, however, that these new emails do NOT include bio, URL, or recent tweets. That information would make follower notifications much more useful, because you could a semi-informed decision on whether or not to follow back based solely on the email. This of course would diminish or eliminate the need to click through from the email to Twitter.com, reducing traffic.

And speaking of email click-throughs, Twitter is also now using a click tracking system on follow notices. Previously, the URL when you clicked on a link in a new follow email was simply the address of the user: http://www.twitter.com/jaybaer But now, the URL is something like this:
http://twitter.com/jest1?utm_campaign=twitter20080331162631&utm_medium=email&utm_source=follow

Twitter is using parameters to note that the click came from an email, what type of email it was, and probably other information stored on the back-end. This data will be useful to provide average click-through rates to potential sponsors, and possibly to determine variances in click-through likelihood by day-part and/or device.

3. All Tweets are not created Equal

Taking a page from the Twitter Grader and Twitalyzer playbook, Santosh Jayaram -the new VP of Operations at Twitter (and an ex-Google VP) – said at a TieCon2009 event last week that Twitter will be extending and enhancing search.

To make Twitter search more relevant and comprehensive, they will begin storing and aggregating not just tweets, but the Web pages to which tweets link (either themselves, or through their partnership with bit.ly). And, the most eyebrow-raising inducement of them all was a simultaneous mention that Twitter search will adopt a “reputation” ranking, that will influence the order in which tweets are listed in search results.

Details are being worked on, but you only have to look at the data that Twitter does and doesn’t have at its disposable to assess how this reputation ranking might be calculated:

All of this points to a Twitter search – and therefore a Twitter community – that is more news-oriented and “serious” where sharing (a good thing) and tweets as reporting (debatable) are valued by the algorithm. While this move may improve Twitter’s chances of becoming the de facto, “real-time” global search engine, relegating Google to arbiter of yesterday’s news, it threatens to squeeze out the color that made Twitter different and interesting.

There’s always been complaint about personal inanity on Twitter – usually by sniffly media pundits who have never logged on. “I don’t want to know what you had for lunch” is the common refrain. I don’t necessarily want a detailed account of the dining preferences of everyone I follow either, but mixing in your real life with business and news is a Twitter best practice (according to me at least).

Putting forth a 360-degree representation of your self – your whole self – is what puts the social in social networking. And when Twitter squelches the oddball, unique, and downright crazy stuff in favor of becoming the 140-charcacter CNN, I won’t count it as progress.