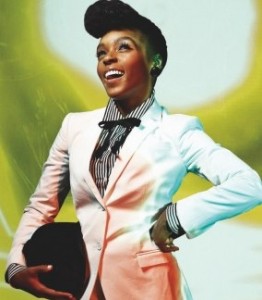 R&B star Jonelle Monae has burst on the scene recently, with guest spots in the Outkast movie Idlewyld and new tracks co-produced by Sean “Diddy” Combs, who says Monae may be the most important new artist signing of his career.

In addition to loads of raw talent, Monae (who has self-directed much of her career trajectory) completely understands and exploits the music industry circa 21st century.

She knows it’s not 1970s album rock anymore, and the PR business can learn 3 critical lessons from her.

1. Focus on Singles, not Home Runs

The Monae Way
Recognizing that iTunes has essentially killed the album format, enabling music buyers to cherry-pick their favorite tracks and “shuffling” their music in a non-linear progression, Monae is eschewing albums in favor of quarterly 4 or 5 track EPs with heavy digital distribution.

The PR Way
Given the rise of social media and citizen journalism, there are fewer and fewer huge media hits available to PR practitioners. Outside of USA Today, Oprah and a small coven of others, the media outlets with truly water cooler reach number zero.

Consequently, savvy PR phenoms are rejecting the swing for the fences PR strategy of relentless pitching of big-time publications and broadcast outlets, and instead focusing on a broader strategy that relies on viral distribution with bloggers and cross-linking as catalysts. It’s a solid strategy. Instead of a scorecard that looks like 0-0-0-0-4-0-3-0 the new PR aims for results that are more consistent, client-satisfying, and enable one hit to build on another. Something like this: 0-1-1-2-2-3-3-4 Over the course of the campaign, the end results can be significantly greater, although possibly less showy.

The Monae Way
Unlike the string of female hip hop and R&B artists that have proceeded her (Missy Elliot, Lil Kim, et al) Monae has never trafficked in sex as her calling card, and has relied on her powerful vocals and throw-back musical sensibilities.

The PR Way
Modern PR successes are increasingly those that are noteworthy due to their unique nature rather than their reach. The amount of secondary and tertiary PR that Dell, Comcast, Jet Blue, Zappos, H&R Block and their brethren have received based on their proactive Twitter call and response routine is amazing and no doubt impactful.

Is it that difficult to monitor Twitter and be a good ambassador for your brand? Not really, once you actually empower staff or your agency to do so. But the fact that people don’t expect a company to interact with them on a human, personal level is what makes these programs memorable. The power of unexpectedness is even more acute for companies that are perceived to be unfeeling – like Comcast.

The Monae Way
Despite cutting against the grain with the nature of her art and the format of her releases, Monae built her reputation largely on a powerhouse live show. As proven by Ashley Simpson, it’s nearly impossible to fake a mind-blowing concert performance, and that level of craftsmanship and effort turns tag-alongs into casual fans, and turns casual fans into brand ambassadors.

The PR Way
The same is true for PR firms. PR professionals can pull the strings of the “media” using social tactics that were unthinkable even 4 years ago. As such, the tendency is to create your own Groundswell for your client using blogs, reviews, tweets, Flickr galleries and other content machinations. Whether clients are savvy enough to pay them for it per se, all modern and knowing PR folks want to facilitate net positive coverage of their clients online. Unfortunately, the temptation is to write your own reviews or encourage others to do so in ways that aren’t necessary organic.

The problem is the collective wisdom (and it definitely is collective) of online audiences defeats most attempts to “game” the social media PR system. The number of reviews, comments, tweets, posts, galleries and other content archetypes created by Mr. and Mrs. Consumer will overwhelm even the busiest of PR bees eventually. Further, ANY hint of falseness is put under a spotlight and defamed by the online community at-large (and rightfully so in most cases).

Consequently, the PR industry needs to stick to facilitating authentic conversations on behalf of clients, and stay away from the siren song of do-it-yourself social media coverage.