3 Ways to Fight Facebook’s Algorithm and Customize Your Feed

My wife asked me today if something had changed at Facebook.

“I used to see a lot more posts from my friends about where they are, and what they are doing, and the basic comings and goings. I like that stuff, because I can easily keep up to speed with them. But I’m not seeing it as much lately.”

I’ve noticed it as well. Have you?

Some in the social media cognoscenti will tell you it’s because the masses are tiring of Facebook.

“Kids don’t use Facebook anymore because their parents are on it,” they sniff.

The other favorite theorem of the digital royalty is that the technologists, early adopters, and ironic T-shirt wearers have moved on to the next hot thing (can you say Snapchat?).

But the reality is that it’s all hokum. First of all, if you’re reading this post YOU ARE NOT AVERAGE. Never fall into the trap of thinking your behavior, or the behavior of your friends and business associates, is representative of how the masses do anything – and most especially how they use Facebook. You are an edge case. An outlier. A statistical anomaly. A freak. The exception that proves the rule.

The truth is that yes, GROWTH of Facebook usage is slowing because ubiquity puts a natural brake on expansion. But USAGE of Facebook is most assuredly not slowing.

According to the Digital in 2016 Report from We Are Social, there are more than 69 million Americans between the ages of 13 and 29 using Facebook each month, which equates to roughly 80% of the total US population in that age range. 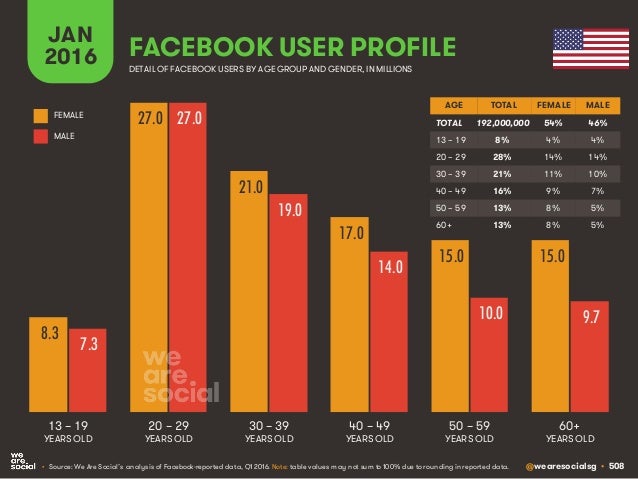 If you think that’s impressive, just wait. There are more 18-34 year-olds using Facebook monthly than who are watching traditional television in the US, which Nielsen reported as 76% in Q2 2015.

Enough math. Let me summarize by saying that for now, anyone that tries to tell you that Facebook is over is either misleading or misinformed.

But, that doesn’t mean Facebook isn’t changing. Every time Facebook makes tweaks to the EdgeRank algorithm that governs what gets seen in your news feed, the “Facebook is dead” stories regenerate and draw a new round of attention in the media. What you need to know about EdgeRank is this:

Facebook has altered the math of the game so that only posts that get a disproportionate amount of engagement (likes, clicks, comments, shares) will be seen by a lot of people – regardless of whether those people are fans or friends. This opens up more real estate for Promoted Posts (ads) from companies or people. That’s right, Facebook also (somewhat quietly) announced that they are opening up the option for individuals to buy exposure on a per-post basis. So, if you want even more people to see your cat doing that funny thing, you can spend $7 to make it so.

Of course, companies are already leveraging their media budgets to pay for space in your News Feed. They do this, not with their own content, but also what’s being posted by influencers on behalf of their brand.

Friends In News Feed Only

But back to my wife’s query. The way the EdgeRank algorithm works is that historical and post-level engagement is the key to exposure. So, she enjoys quick updates from friends about their location and similar stuff, but those posts do not solicit gobs of clicks, likes, or shares. Consequently, she’s not seeing them as much.

Informationally, Facebook has set it up so that the rich get richer. The “good stuff” will be seen by more, and the “boring stuff” will be seen by few or none. I’m not sure that’s optimal from a personal connection standpoint, because it smells of forced virality. But, I can understand their point. There is far too much content being published to show it to all of the people who have “subscribed” to see it via “fan” or “friend” connection. They also need to make money, so they have to reserve some of that news feed for sponsored content.

Imagine if Gmail only delivered 25% of your email, based on what they think you’d like, and left some room for ads. You’d be outraged, right? Actually, they already do that via spam filters and integrated advertising.

How to See More (or Less) From Your Friends

So you may not love the new EdgeRank, but at least there are at least 3 ways to wrestle with it and better optimize your personal news feed on Facebook. 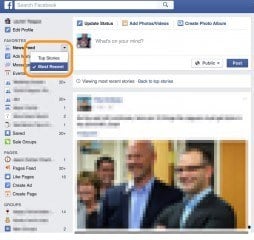 1. Change Your News Feed Setting to Most Recent

This is the easiest but most broad way to see more posts on Facebook from a wider swath of your connections. It organizes your feed by publication date rather than by Facebook’s judgement of what you’ll like best. Works great, but it’s either/or.

This doesn’t get talked about much, but Facebook is of course constantly monitoring your interactions with other members’ content. If you go to http://www.facebook.com/friends/organize it will walk you through a process to move people to your Acquaintances list. This reduces how much you see from them, opening up more news feed real estate to see additional content from the people to whom you are closer. Not as broad as the News Feed setting, but still pretty chunky. 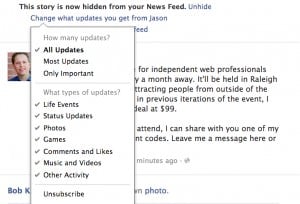 You can customize what and how much you see from each of your Facebook friends. Click the arrow next to a status update of theirs and click hide (don’t worry, you can undo). Then click “Change what updates you get from <name>”. From there, you can select how much of what they publish you see, and even make some topical decisions. For instance, for your Farmville-loving neighbor, uncheck the “Games” option. Voila! This of course takes some work, but is the best way to make sure you’re seeing what you want to see.

I’m not doing cartwheels about how Facebook is handling EdgeRank, but as long as nearly everyone is going to use it as the de facto social network (and they are), I’m glad we at least have ways to tweak it to our personal preferences.

Have you used these tools?

Everything You Need for Your B2B Content, Influencer Marketing, and Lead-Generating Research Strategies

Let's schedule a call to chat about your marketing goals and challenges. Simply fill out this form and a Convince & Convert strategist will get back to you within 1 business day (or sooner) to schedule your call. We can't wait to chat with you! 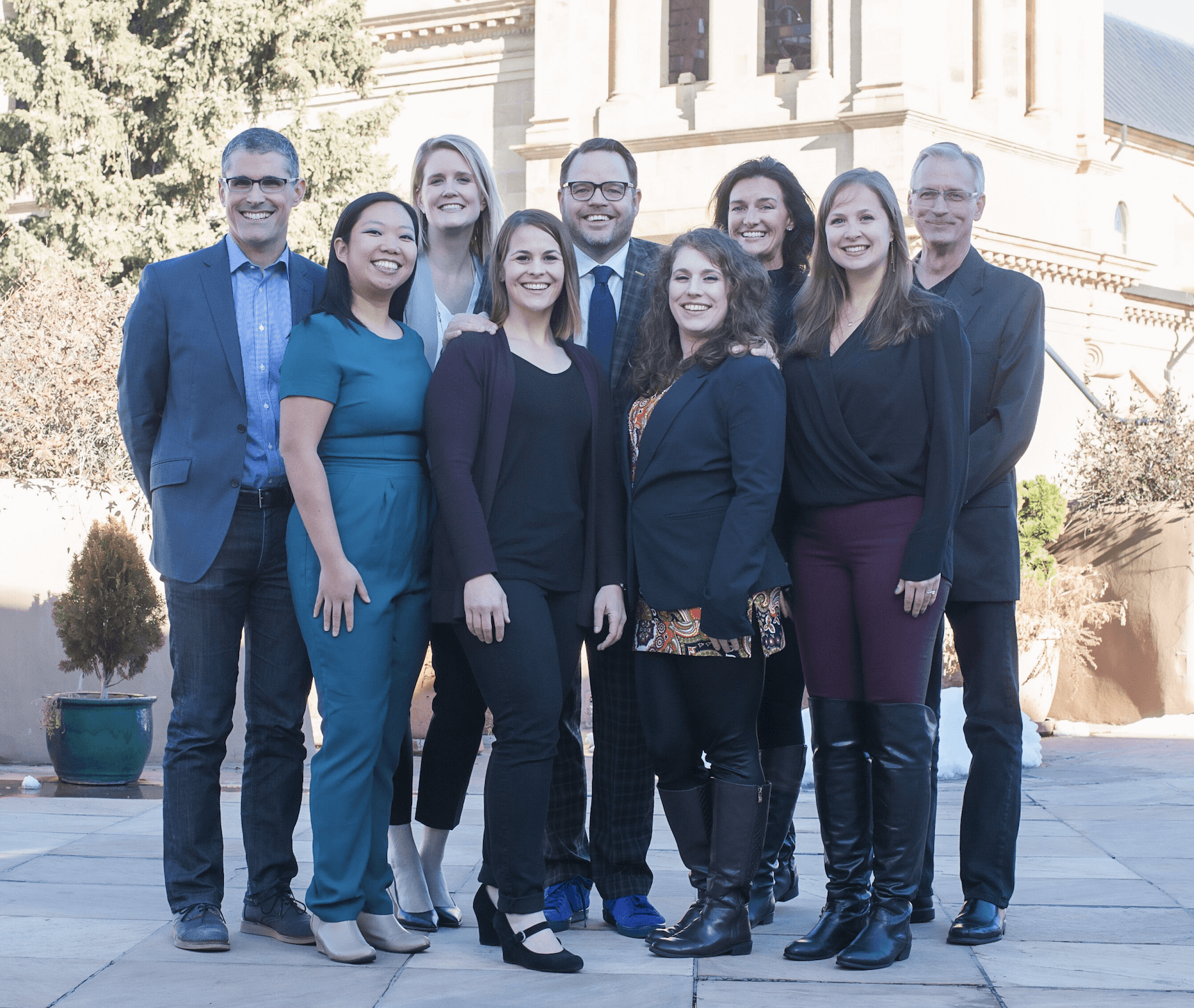