6 Takeaways From 23 Years as a Consultant

This is an interview I did for my friend Debra Ellis for her blog series Lessons Learned and Learning. I write a lot about the importance of humanization here at C&C, so in an effort to follow my own advice, I repost the interview here, hoping you’ll learn something about me you didn’t know.
——————– 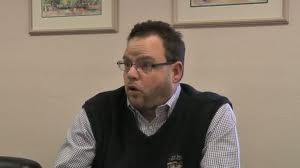 I am what the professional sports community would call an “old” 41 years old. I have a lot of business and professional miles on these tires, because I started my consulting career when I was just 18, and have started or owned six companies since then. Other than time off to finish my university degree, I’ve been working as a professional for 23 years.

I’m also not a big self-help guy. I don’t read many books on personal growth. I don’t go to seminars. It’s not that I don’t want to “Awaken the Giant Within” it’s just that I’m an experiential learner, and prefer to figure it out my own way – on my own timeline. It’s a slower, more dangerous, sometimes frustrating process. But it works for me.

Here’s some of what I’ve learned:

Happiness is a process of elimination

You may be seduced by the IDEA of that occupation or style of work, but you may find the reality doesn’t match your expectation. That’s why I encourage young professionals to change jobs often, as long as the jobs are meaningfully different.

I know I don’t want to work for a big company, or the government, or a lot of other things, because I’ve done them.

Become friends with whom you hire, but don’t hire your friends

Some of my most rewarding relationships have been and are with people I’ve hired to work for or with me. You end up spending as much or more time with those people than you do with your family, so it’s natural for bonds to be built.

Conversely, hiring your friends to come work with you is a recipe for having fewer friends, and a struggling company.

No is more important than yes

If you’re any good at your profession, you’ll have plenty of opportunities to get involved in projects, take on new clients, volunteer, take a leadership role, etc. But just because you could do something doesn’t mean you should.

Most of the worst projects I’ve ever been involved in were times when I forgot this lesson and agreed to participate when it wasn’t my core strength – or a core strength of my company.

Try to live by the rule Derek Sivers espouses in “Anything You Want”: if the project or opportunity doesn’t make you say “hell, yeah!” then say “No, thank you.”

The inequality of dollars

Your top line revenue is irrelevant. Profit is all that matters. Taking a huge project where you don’t make any money can absolutely kill your company, especially if you’re small. Chasing new business at the expense of keeping your current (perhaps less sexy) clients happy, is another move that’s very risky.

Understand as quickly as possible what represents “good dollars” to your company, and focus your attention there. 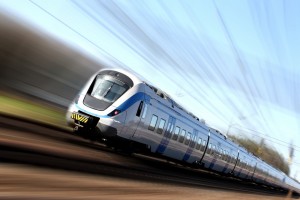 I built my largest company based on two principles: telling the clients the truth about Web strategy and online marketing, even if it’s painful; and being the fastest firm in the business.

We live in a world of NOW, and people want their needs met as quickly as possible.

I know it’s all the rage to be a lifehacker and only check your messages a couple times a day. I hope those principles get even more popular, because they just create more opportunities for me. Whenever possible (when not on an airplane) I try to reply to emails, tweets, calls, etc. as quickly as possible. In under a minute in some cases. By being faster and more responsive than the other guy, you’re sending a strong message that you CARE MORE than the other guy. And that’s a profitable differentiator.