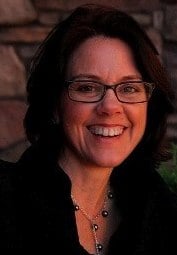 In addition to her lengthy resume, she’s truly one of the best people in the digital marketing business. Like Brogan with cool librarian glasses, I’ve never heard or read a single negative word about her. You’ll see why below, as her wit and insight shine in this Twitter 20 interview. (thanks as always for the great comments and questions from those of you who watched it live)

1. @jaybaer: Did you always want to be a writer? Was it something you started very early in life?

2. @jaybaer: How was it making the move from traditional writing to the Web (at ClickZ, circa 1997)? Weird? Scary?

3. @jaybaer: ClickZ was ++ influential in those days (and still good). With content explosion, can anyone have that kind of impact?

4. @jaybaer: Why did you name ClickZ like Boyz 2 Men, and does that still haunt you? Or was kewl misspelling de rigueur in 1997?

5. @jaybaer: You like that anyone is a publisher. How has that changed the game for Marketing Profs and other professional publishers?

6. @jaybaer: (via @djwaldow) Lots of talk about Twitter and micro-blogging killing blogs and long-form online content. Your thoughts?

7. @jaybaer: What about video content? Do you see it really taking off? Plans for Marketing Profs to do more of it?

8. @jaybaer: You’ve been online long enough to have seen other epochs. Is social media the next fad, or something bigger?

9. @jaybaer: Companies are sometimes fearful of creating SM content because of possible criticism. Easier to be quiet. Thoughts?

10. @jaybaer: Some people (like you with http://annhandley.com) have multiple blogs or profiles. Best practice, or hard to maintain?

11. @jaybaer: Speaking of multiple personalities, is it true that you were back-up plan to play Palin on SNL, if Tina Fey bailed out?

12. @jaybaer (via @lorenmcdonald):How do you feel about companies paying for posts, sponsoring bloggers. Death of “real” journalism?

13. @jaybaer: Absolutely. What about agencies? Do they pitch you differently these days?

14. @jaybaer: As everyone’s favorite digital marketing editor, what do you think is most lacking in the writing/content you see?

16. @jaybaer: Social media encourages (requires?) always-on in ways prior eras didn’t. How do you balance it all? Job, SM, family?

17. @jaybaer: What Profs initiatives have most surprised you with their success? iphone app? conferences? Daily Fix?

19. @jaybaer: That sounds nifty. You’re writing a new book. What’s it about? (please not another teen vampire story…)

20. @jaybaer: What do you read or listen to for fun? You’re a David Sedaris fan, right? Who else?