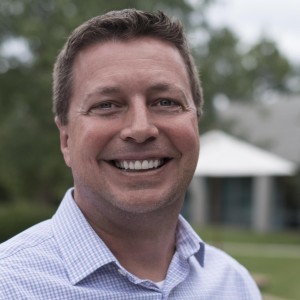 Even though Facebook continues to maintain its impressive user growth and rack up advertising revenue, that growth is coming despite a major shift in the promise of advertising on that platform. Right now, Facebook is on track for $6 billion in ad revenues but it’s walked away from the fundamental premise of its ad platform.

As Facebook was growing, the excitement of social ads’ potential was palpable among Facebook execs and marketing leaders. Imagine a platform that users voluntarily populated with their likes and affiliations. The ads would be so finely targeted that they’d dramatically outperform other advertising options.

Facebook ad reps today, however, sound a lot more like those from any other digital site. Partly because less skilled marketers used Facebook’s self-service platform to spray and pray their ads for Zumba DVDs and underwear, and partly because the algorithm required to translate your likes into real ad preferences is way too complicated to actually build, Facebook has largely walked away from that grand promise.

Now, Facebook reps will tell you about retargeting, a marginally effective but not so cutting edge option. Or custom audiences, which is basically demographic profiling. More recently, they’ve partnered with Google to make it easier for advertisers to reach the Facebook Exchange ad inventory. All fine moves, but miles away from that initial grand promise.

Even if all likes were equal, imagine the complexity of an algorithm that could translate our friendships, movie, book, car, electronics and news item likes into a predictor of what advertising we would like to see. It’s phenomenally (perhaps impossibly) complex. Add in the huge array of products that marketers want to advertise, and matching ads with what we care about has proven too difficult.

Facebook today is very much a company responding to the short-term pressures of the stock market. As a result, they have worked furiously to develop ad packages that advertisers will buy so they can report the next “strong quarter.” Sadly, the ads have ended up as irrelevant and ineffective as anywhere else and Facebook click thru rates are even lower than traditional banner ads.

Clearly, Facebook is the number one social network and it will be for at least the next few years. But a decline is starting and must be reversed by Facebook if it doesn’t want to go the way of Myspace and AOL. The risk isn’t so much that we’ll run to another network in the near term as that we’ll visit Facebook less frequently. That decline in user sessions is a huge risk to the company’s continued growth.

The problems with Facebook go beyond the quality of the ads, but this issues are also quite fixable. Hopefully, we’ll see changes to the platform, including increasing the speed of the news feed, to keep interest high. But marketers relying too heavily on advertising on Facebook will never be as successful as those who learn how to earn their exposure across many networks.