Are You Ready for the Opportunity Economy?

Sure, the speed and always-on nature of the real-time Web makes it a daunting and challenging environment. A single tweet, YouTube video, or blog post can be the spark that sets off a firestorm of controversy. 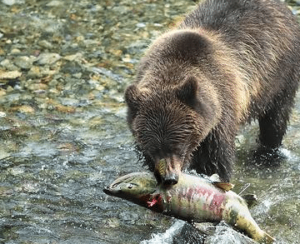 But while companies are rightly trying to get their heads around the concept that every customer is now a secret shopper and a potential reporter, not enough attention is being paid to the positive ramifications of real-time business.

The ability of companies to win hearts and minds through contextually appropriate, just in time marketing is the hallmark of the Opportunity Economy, and it has never been healthier.

Recently, I was in downtown Flagstaff (where I live) and used Foursquare to check-in at a local restaurant. Immediately, a message popped up on my iPhone saying “since you’re so close, why not visit Tinderbox Kitchen? Named One of Arizona’s Top 25 Restaurants by Arizona Highways Magazine, show this message for a discount on an appetizer.” Imagine owning a restaurant, and then sending a staff member to the adjacent restaurant, where he or she would stand in the bar area and offer coupons to patrons. That type of rifle shot, competitive marketing would be unthinkable in the “real world”, but it happens every minute of every day on Foursquare. That’s the Opportunity Economy at work.

One of the agencies I work with is Flint Communication, based in Fargo. One of their clients is SunButter, a spreadable food product made entirely from sunflower seeds. Most of SunButter’s customers have a disproportionate hankering for the taste of sunflower seeds (baseball players, Australian ex-pats that can’t get Vegemite). But, another significant potential customer base for SunButter are people with peanut allergies (like my son). A quick check of Yahoo! Answers for “peanut allergies” finds thousands of questions on the topic, with many asking for alternatives. SunButter could credibly answer those questions, and introduce their product in a helpful way. That’s the Opportunity Economy at work.

Musician Dave Carroll has been widely lauded for his “United Breaks Guitars” YouTube video that has now been seen more than 8.5 million times, and takes United Airlines out behind the woodshed for a musical ass-kicking. And while Carroll’s demonstration of the power of a single, scorned customer will populate business text books for decades, there’s another, better angle to the story.

Just 4 days after the United Breaks Guitars video launched, Bob Taylor and the folks at Taylor Guitars in San Diego (the brand played by Dave Carroll and broken by United), launched a “video response” on YouTube. Titled “Taylor Guitars Responds to United Breaks Guitars” it features an unedited Bob Taylor in the factory unspooling an array of helpful tidbits about airline rules, TSA guidelines, and the protective qualities of guitar cases. Useful and appropriate. And then the video wraps up with a reminder from Bob that the Taylor Guitars factory service center can repair all makes and models of guitars, not just Taylor’s and that they’ve seen it all. Guitars that were thought to be ruined, were brought back to life by the nurturing hands of the Taylor team. 450,000 views on YouTube, and counting. For a two minute video about guitar repair. How’s that for the Opportunity Economy?

To capitalize on the Opportunity Economy, you first have to understand that you cannot plan for it, or proactively harness it. Instead, you must first establish a protocol by which your company is CONSTANTLY listening for opportunities. And then you must empower your team members to capitalize on those opportunities immediately by using their best judgement. Whether it’s a tweet asking for a recommendation for auto body repair in Houston, to a Foursquare coupon, to a video response, opportunities to build your company surround you like never before in the history of business.

Are your ears big enough to find them?