How to Keep a Campaign Relevant

Have you ever launched a clever campaign, only to have it eventually fall flat? Consider taking a bite out of Snickers’ playbook. The company’s, “You’re not you when you’re hungry,” campaign, which launched during Super Bowl XLIV in 2010, continues to reinvent itself with an ongoing series of snackable content and storytelling. Here’s how.

Who could forget the hilarious TV commercials that started it all? Featuring celebrities like Betty White and, most recently, the Brady Bunch, the commercials were unexpected, yet relatable. If you think about an upper, middle, and lower funnel digital marketing strategy in the context of a social media campaign, video makes for a strong upper funnel launch partner.

While not everyone can advertise during the Super Bowl, videos offer compelling storytelling opportunities that work well when launching a new product or campaign . When combined with the right paid media strategy, videos can reach a sizable audience at an optimal time as the campaign launches.

From there, companies can use a range of visuals (images, videos, GIFs, etc.) to target fans in other parts of the funnel. The end goal is to shape a sequential story with personalized content through tactics like re-targeting and custom audiences. A more detailed example of this is Stuart Weitzman’s recent sequential storytelling campaign across Facebook and Instagram.

Snickers went further down the funnel for its next campaign extension. To better connect with its target millennial audience in Brazil, Eygpt, Lebanon, Puerto Rico, United Arab Emirates, United Kingdom, and the United States, Snickers partnered with vloggers in those markets to capture first-person content around what happens when they’re hungry and not themselves. Vloggers who participated specialized in makeup tips, politics, home improvement tips, and more—not necessarily subjects Snickers would curate content around.

However, what makes these videos special is that each is unique to the vlogger and feels authentic and unscripted. Each vlogger is an influencer with their own engaged audience, making the storytelling effort much more personalized and relevant to the fans who follow them.

To further bring customers into the experience, a recent extension of “You’re not you when you’re hungry” has taken an interesting look at the common everyday errors around us. From erroneous signs to misplaced railings, the company is cleverly scouting and tagging these mistakes across New York City and Brooklyn.

The company is also encouraging its community to join in the fun by sharing their own examples with #hungrymistakes. While not many images have been shared to date from fans, a concept like this could easily come to life if more incentive is provided through a contest, or by adding a call to action with campaign content. 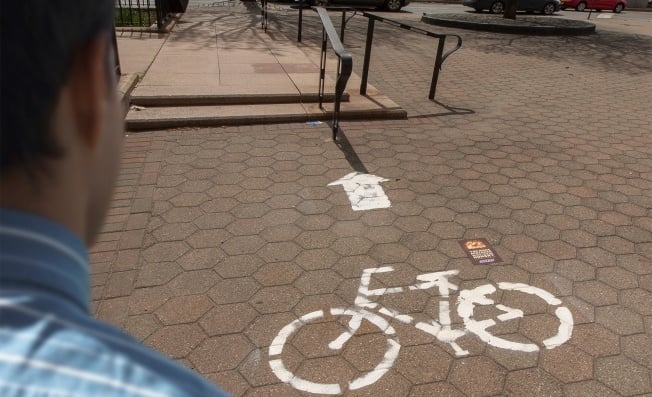 Real-time marketing is easier said than done, with a strong strategy and sense of your brand voice and values at the core. For all the not so great real-time marketing efforts out there, isn’t it wonderful when a brand hits a homerun?

Let’s rewind to last year’s Super Bowl when everyone thought JC Penney was drunk tweeting. We all know that they were simply tweeting with mittens, but do you remember how Snickers came in and capitalized on the buzz and speculation of the tweets? This is a prime example of when real-time marketing can hit a home run and drive relevancy during an unexpected occasion.

Snickers had their own Super Bowl campaign going on simultaneously, but jumping into a trend on brand took it to the next level.