Can Courtney Love be Sued for Tweeting

Guest post from Gary Kibel, a Partner with the law firm of Davis & Gilbert LLP in New York who practices in the areas of advertising/marketing, new media/technology and privacy law.

What do you call a Twitter user? This is not the opening of an off-color joke, but a key question that may arise in a lawsuit between fashion designer Dawn Simorangkir and Courtney Love over Ms. Love’s tweets. 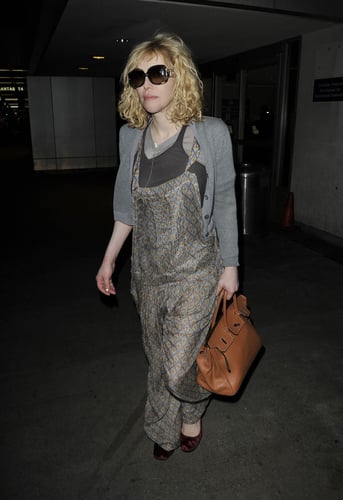 According to Dawn Simorangkir, a number of comments posted on Twitter by Courtney Love besmirched her good name by alleging drug use, selling drugs, prostitution, embezzlement and assault. If Twitter users are ordinary people like you and me, then Ms. Simorangkir can allege defamation.

Here’s your law school 101 lesson: It does not matter what medium is used to make defamatory statements about a person. Libel (for written defamation) and slander (for spoken defamation) can exist online, offline and anywhere in-between. If a person put clearly defamatory words on a billboard and erected it in Times Square, no one would think that the specific use of a billboard as the medium might be a factor in determining whether or not the targeted party could bring a claim.

However, Twitter is a micro blogging site. Therefore, perhaps each user of Twitter is a blogger. Some courts have held that bloggers are the equivalent of journalists, and therefore have certain protections afforded to members of the news media. In such an event, Ms. Simorangkir would not only have to allege that the statements were false, but that Ms. Love acted with actual malice in making such statements.

Other courts have taken a contrary position and have held that bloggers are not always journalists. In can be a fact-specific analysis.

The court in the present case may firstly address whether these comments are truthful (which is the most obvious defense to a claim of defamation), are protected opinions of Ms. Love or rise to the level of defamation. Then the court may wade into the issue of whether Twitter users are bloggers with rights akin to journalists.

As a lawyer who specializes in new media and who regularly tweets, my view is that a blogger reporting on newsworthy issues who simply uses Twitter as the vehicle to transmit their content should likely be treated as any other journalist. However, the Twitter user whose tweets consist of an endless string of their mundane activities should not be afforded such protections (…and should probably stop tweeting altogether).

All I know is that if the court holds that each Twitter user is a journalist, I’m going to stick a ‘press’ pin on my lapel and buy me a fedora.