Digital Sharecropping – Why Most Facebook Customization is Wasted Effort

The time, money, and overall exertion being spent on customizing Facebook fan pages is largely misspent. 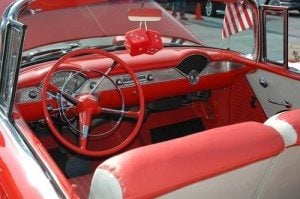 Just because you CAN replicate much of your corporate website functionality on Facebook, doesn’t mean you SHOULD. Your Facebook fan page is not a collectible automobile. You do not get extra brand advocacy points for fuzzy dice, pin stripes, a chrome engine, or a bitchin’ stereo.

The fact is that in almost every case, the one and only time your fans visit your Facebook page is when they initially “like” the page. After that, all touch points between the brand and the fan are conducted in the Facebook News Feed. Jeff Widman of Brand Glue (a Facebook fan page management company) has studied this phenomenon by mining Facebook API data, and found that 99.5% of all comments on his client’s status updates come from within the News Feed, not on the Wall of the page.

This most definitely passes the sniff test, does it not? Let’s say you “like” 6 new company Facebook pages this month. What is the likelihood that you will ever return to those pages? Slim and none. The only time I ever do it is to grab screen shots for presentations. Beyond that, all my interactions occur in the News Feed.

An Answer to a Non-Problem?

Consequently, even though easy-to-use Facebook page customization and management tools are popping up like mushrooms after rain, is even the modest effort required to implement them worth it? For specific functions, yes. Personally, I prefer the apps from North Social. They actually helped created the Facebook page for my new book (with Amber Naslund) The NOW Revolution. North Social has more than 20 plug and play apps to juice up your Facebook page, from a video player to a Twitter integration, and everything in between.

We added a few apps to our Facebook page, specifically a nifty video of Amber discussing the book, and an option for visitors to sign up to download Chapter 1 for free. But we focused our efforts on the custom landing tab (North Social’s version is called First Impression).

Optimally, we want visitors to come to our Facebook page, land on the custom tab, and then “like” the page. Then, on the same visit, hopefully they’ll request the free chapter and/or watch the video. After that, we assume – as should all businesses – that they will never return to our Facebook page per se, but will instead stay in touch with The NOW Revolution via a series of pithy and staggeringly insightful status updates.

Whether or not those status updates continue to show up in the News Feeds of your fans is no sure bet. In fact, Widman and Facebook gurette Mari Smith estimate that fewer than .5% of all status updates are shown in members’ Top News feed (which is the default setting used by ~95% of all Facebookers). Consider that for a second. If you have 200 Facebook fans, and you publish a status update, on average 1 of those 200 will see it. That’s like a social marketing slot machine. 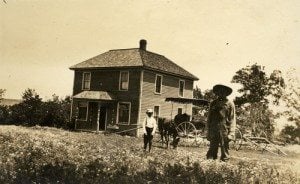 Thus, the real secret to Facebook success isn’t in custom tabs and apps and replicating your entire website on Facebook’s rented land like some sort of digital sharecropper. Instead, the secret is to grow that .5% News Feed visibility rate by ensuring that your status updates generate “likes” and comments. How your fans interact with your status updates, and their historical propensity to do so, is what determines whether your missives are seen in “Top News,” or relegated to the scrap heap of “Most Recent,” left to fight it out with inane and dubious Farmville and Mafia Wars updates for scraps of attention. For more on the News Feed algorithm – called EdgeRank, see posts here and here.

Consequently, instead of spending tons of time and money on Facebook customization and apps (other than landing tabs and very focused tools that add value to initial visits), businesses should instead be focusing their efforts on crafting relevant, interesting status updates with frequency and aplomb.