Do You Have the Guts to Expect Social Media Failure

This has happened before online. Swept up in a frenzy created by mainstream and business media, companies rush to adopt the hot new thing, to ensure that the competition doesn’t have some sort of secret weapon. Proposals are written. Resources deployed. Stuff gets built. And then……………………………..

The graveyard of digital marketing is littered with the bones and business cards of those that dove in head-first with high expectations, no strategy, and no plan for testing and optimization of results. 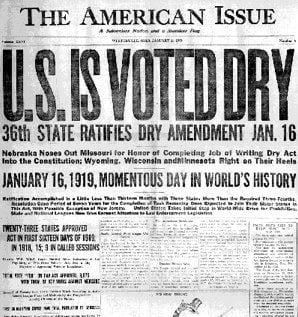 These types of half-cocked efforts almost invariably fail, and then those companies use those initial failures as a rationale for non-participation – sometimes for years.

Early in my online career I did a lot of website strategy and online advertising. There was a period (from about 1995-1998) where you almost literally couldn’t give away online ads. What I’d hear over and over again from companies that had bought online ads in the early days was “We tried that once. It didn’t work.” They simply could not be convinced that perhaps the way they tried it was inadequate. Or that they gave it insufficient time to succeed. Or that the strategy was wrong – or absent. Or that a lot more people were now online.

It continues to amaze me how large marketing decisions are often made with almost no data or track record, by people who should know better. “We tried that once. It didn’t work.” Well, if you tried a slot machine 80 times and it didn’t work, and then you won $1500, you’d feel great about slot machines. If you sent 200 pieces of direct mail, and got 6 orders you’d feel great about direct mail.

The bottom line is that you need to EXPECT to fail in social media. You don’t have all the answers. You don’t know what’s going to work. Neither do I. And anyone who tells you they absolutely know what will work for your company definitely does not understand this business.

That’s what’s so admirable about companies that have clearly screwed up in social media, yet continue to change their approach until they find the right formula. Wal-Mart and Pepsi come immediately to mind.

By not telling your company executives the truth at the outset – that you are likely to fail before you succeed – you run the risk of giving them a handy excuse to pull the plug and say “We tried that once. It didn’t work.” And they can keep saying that until about 2013. Are you going to want to wait around that long?