Are You Suffering From Premature Calculation?

Originally, he was called Machaca.

Two problems arose. First, very few people (even here in Arizona) knew what Machaca meant, so we were constantly having to explain it. Second, he just didn’t “seem” like a Machaca.

So, in a flash of four year-old inspiration, my son switched our dog’s name to “Cheeto”, and it fit him snug and tight, like a Cat Woman suit on Halle Berry.

We have no qualms about changing the names of our pets, and in practice we almost always name our pets after a period of getting acquainted, to better devise a name that matches the characteristics and temperament of the animal.

But yet for our own children, we do the exact opposite. Tales of parents not having selected names until after child birth are very much the exception, rather than the rule. We started calling our daughter Annika the second the ultrasound confirmed gender. USA Today proclaimed recently that the Twilight series of books and movies has increased the popularity of characters’ names among American babies. We willingly name our children after Vampires, and do so long before we know whether or not they are even the least bit undead.

There are two schools of thought regarding social media effectiveness tracking.

The first is the experimental, dip the toe in the water approach whereby a company begins a modest collection of initiatives to get familiar with the morays and methods of social media. Once the program has been in place for a while, participants and managers get together and try to figure out whether it’s working, and how to modify and/or expand the effort. This is the pet naming program.

The second is the planned, structured, strategic approach whereby a company first determines goals and objectives, and then incrementally adds tactics in an attempt to achieve them. Success metrics are established from day one, with a shared understanding among all team members of how score will be kept. This is the baby naming program.

I’ve worked in both camps, and have seen both succeed. However, my preference is for the baby naming approach – selecting key performance indicators (KPI) before a single Tweet is sent, blog post is written, or Linkedin group is christened.

This is because social media success is inherently slow, not fast. Progress is measured incrementally over time, not immediately over lunch. Rarely are accumulations the best data points. Number of people who “like” you on Facebook. Number of Twitter followers. Number of blog comments. All of these are diagnostic metrics (great post about that by the outrageously smart Christoper S. Penn). What you instead want to emphasize are important customer behaviors, and how those behaviors change over time.

For example, data that shows that in comparison to last month, 15% more people went to your product pricing page after first visiting your Facebook page is a far superior KPI to number of Facebook “likes”. It’s about behavior. And it’s about behavior that leads to dollars. 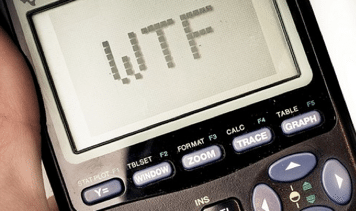 The problem with the pet naming approach is that you end up having the “is this working” conversation when the social media program is already in operation, which forces you to conduct statistical gerrymandering to determine which measures are relevant. This leads to using accumulative numbers as a crutch, because all you have to do is dial up your Facebook page and you can see how many people like you, and you can compare that number to your competitors. Presto! You’re done with the success metrics conversation.

That’s not going to cut it. In fact, despite their Scrooge McDuck-level overreach on the privacy front, Facebook itself is looking to add nuance and behavior to their metrics, moving companies away from the accumulative measurement model. You know all that stuff that we “like” now? They are tracking all of that, and by Christmas, Facebook will be a formidable competitor to Google Analytics. Google’s “7 people who came to your Web site were from New York” is going to seem absurdly basic compared to Facebook’s “here are the names of the people that “liked” your content, how old they are, what college they went to, who their other friends are” etc. etc. etc. etc. etc. etc. etc.

But don’t wait for Facebook. The baby naming approach is better, and you can adopt it now. Get your cross-functional social media team together, and agree on reasonable success metrics before you get started in social media. If you’re already active, but there are people on your team that cannot (without looking it up) name your key success metrics, and from where they’re derived, call a KPI meeting today.

Bring a copy of Twilight to the meeting if you want. Vampires are inspirational.