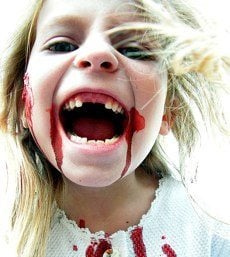 Every conference I’ve been at, and at least 10 blog posts I’ve read this year have proclaimed the death of email.

Social network messaging, and its 1:1 relevancy and real-time immediacy will inexorably make email the Edsel of digital communication, goes the theory.

It’s not true. Firstly, this isn’t a zero sum game. The notion that social network messaging and email are somehow squared off like UFC combatants, throwing kicks and applying choke holds, is ridiculous. As my friend Jeff Rohrs points out, you have to have an email address to sign UP for a social network.

Further, most of my social network alerts (new followers, Linkedin messages, Facebook requests) are delivered by email. Thus, the relationship is much more symbiotic than adversarial – for now.

It seems that the email industry has done a lot more to work cooperatively with the social media industry than the other way around. Most major email service providers have some form of social sharing capabilities baked into their email, and my friends at ExactTarget are publishing meaningful research on this convergence. (See this excellent, free Webinar from ExactTarget and Forrester Research on email and social media). (Disclosure: I provide social media strategy counsel to ExactTarget).

I believe social media and email are inherently similar, and that email isn’t going anywhere. But, to make sure I wasn’t off the rails in my belief in email’s preeminence, I asked some friends.

In an incredibly unscientific fashion, I put out simple question on Twitter. “Which do you check first in the morning: Twitter, email, voicemail?”

Within a few minutes, I had 83 replies (thanks to all), providing a fascinating data set.

Overall, 63 respondents (76%) still check email first – and this was a Twitter-only survey. Twitter was checked first by 16 respondents, with only 4 for voicemail.

Findings that I (and hopefully you) found interesting:

Several other interesting and humorous answers to the “Which do you check in the morning?” question. Favorites included:

My answer to my question:

Speaking of which, what do you think about the state of messaging?