The Fuzzy Math of Ratings & Reviews 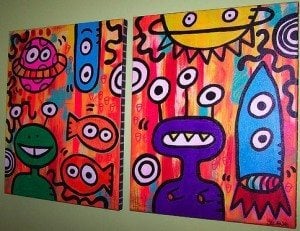 My wife and I took the kids to see Monsters vs. Aliens recently. Seth Rogen as Bob the Blob was funny, and Hugh Laurie was excellent as Dr. Cockroach. A handful of great one liners, but overall a middling effort in the kid movie genre.

The next day – after an appropriate period of contemplation to absorb the deeper lessons of an animated, 3D tale – I asked my wife what she would score the movie on a 5 point scale. She said 2.

I asked her what she would score it on a 10 point scale. She said 6.

So what? Well, the statistically-astute readers of Convince & Convert already figured it out, but my wife’s 3 scores – given at the same time, by the same person, for the same movie – are in reality quite different when normalized on a 100 point scale.

Thus, it appears that my wife’s appreciation for the cinematic grandeur that it Monsters vs. Aliens jumps by 75% (difference between 40 and 70) based solely on the width of the rating scale.

A 3 Star Hotel, 1 For Each Cockroach

We confront this issue of scale bias every day. Netflix attempts to recommend movies on a 5 point scale (and they have offered a million dollars for improvements to their matching algorithm). TripAdvisor and most other travel sites ask consumers to rate hotels and attractions on a 5 point scale. The Hottie and the Fatso restaurant review blog and podcast authored by my wife and me also uses a 5 point scale.

Review aggregators like Metacritic and Rotten Tomatoes use a 100 point scale.

As consumers become more and more prone to critiquing everything around them (Forrester research indicates that 37% of U.S. Internet users fall into the “critic” category on their Social Technographics Ladder), a 75% swing in consumer preference based on rating scale could mean real money for businesses.

I prefer the 10 point scale. It provides enough room to make important distinctions, but not so much room it throws off the accuracy of the scale.