Have We Seen This Social Media Movie Before? 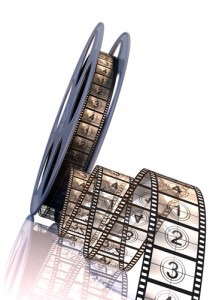 Sure, social media empowers customers like nothing before it. And of course, social media creates a new level of real-time accountability for companies previously accustomed to asynchronous communication. These are the ways social media is different. But in other ways, it’s largely the same.

Email is (or at least should be) opt-in. The only people that get emails from your company are people that asked to receive them.

Social media is also (thankfully) opt-in. The only people that see your tweets, status updates, foursquare check-ins, and notifications of your new YouTube musings purposefully signed up for the privilege.

The people that have opted-in to receive our email are called subscribers. They can unsubscribe and remove themselves from the group.

The people that have opted-in to receive our social messages are called followers. Or fans. Or awkwardly, “likes”. They can unfollow or unlike to remove themselves from the group.

In the world of email, we count the number of people that saw or read each message. That metric is called “open rate” (post-modern email marketers call this the “render rate” and use a slightly different method of calculation).

Email marketers closely track the number of people that click links placed in messages. This is reported as the click-through rate – which is expressed as a percentage.

Social marketers also very closely track the number of clicks, but that data is usually reported as an integer (often via intermediaries like bit.ly) because we don’t know the number of views, and thus cannot determine the percentage. Facebook, however, does provide this data, and calls it “Feedback” (percentage of people seeing a specific status update that click “like” or write a comment).

For more than a decade, the world of email has hoped to send messages of such vigor and verisimilitude that recipients would be compelled to click a “forward to a friend” button to send the message onward to their compatriots, who would surely benefit from its contents. That F2F rate has historically been tracked by email marketers, although it’s accuracy is poor since it’s easier to just click “forward” in your email software, than to click the button within the email itself.

In social media of course, this sharing behavior is the coin of the realm. Retweets, Facebook shares, Diggs, Stumbles, and now Linkedin shares are badges of honor, displayed proudly atop each blog post like family crests of feudal lords.

That’s a lot of similarities. Does anyone else feel like we’ve seen this movie before?