How Size Matters in the Social Media ROI Debate 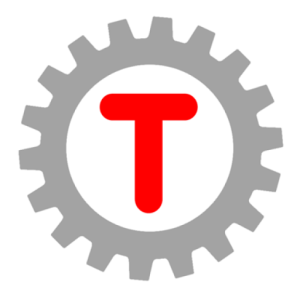 Guest post by Simon Gornick, a content consultant specializing in short form slogans, and owner of The Tagline Machine.

ROI in social media is a luxury. And the only brands that can accept that are likely to be big ones with multi-platform marketing budgets. The larger the brand, the more likely they are to use social media without concerning themselves with its dollar ROI, when goodwill for them, is priceless. With mid-level brands the debate becomes more acute because the marketing budget is more thinly spread. And as for small brands, there’s no debate at all. For the most part, all they have is social media – so ROI is a matter of hope rather than measurable statistics.

That was a comment I added to a great post from Matt Ridings called “Is Our Addiction to ROI Killing Social Media” on Convince & Convert. 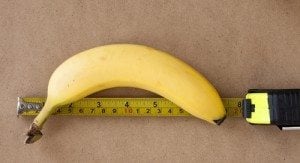 Understanding this equation goes to the very heart of modern marketing, not merely within social media but across the entire spectrum of marketing disciplines.

Part of the conundrum is rooted in the inherent contradictions of the Internet and its technology. On the one hand, Web technology has provided us with an almost obsessive level of measurability – metrics of just about every variable one can imagine are instantly available. On the other, the Internet is a vast, free flowing fish-pond where hundreds of millions of people swim and bob around from place to place, connecting, communicating, and moving on. Measuring that part of the process isn’t just dicey, it’s a recipe for insanity.

Bridging Both Sides of the Internet Experience

The answer is simpler than most people think. Find a way to measure and assess marketing responses that’s right for the channel you’re using – and stick with it.

If you’re using banner advertising (how wonderfully old-fashioned of you!) CPC, eCPM, and CPS are your bread and butter. The ROI – while still imprecise – is at its core at least – numerical. And if it’s numerical, the ebbs and flows of sales can be measured with some degree of accuracy against your spend. How much of advertising ROI is art rather than science is a matter for debate, but there’s enough vaguely convincing science in play to reassure executives.

Social media – at least today – is often more art than science. At best the science is the pseudo-science of persuasion and engagement – concepts that don’t sit well with the empiricists who want proof of everything, all the time.

Let’s look at how companies of various sizes and budgetary realities look at this quandary.

Sure, elements of social media are measurable (how many times was a post retweeted or a YouTube video shared) but broadly speaking social media marketing isn’t often scientific enough to convince a big brand (no doubt full of empiricists) that it can go all-in on the fluid, free-flowing world of social media marketing, and certainly not at the expense of anything larger than a small fraction of a conventional marketing budget. It simply won’t happen, especially in a tight economic landscape where backs are to the wall, reputations hang by a thread, and experimentation is regarded with the same relish we’d have for a root canal.

At best, larger companies are going to look to social media as a brand-builder, a humanizing goodwill device that can set the table for other, more conventional parts of a company’s marketing approach. That’s the wise way to go, but it involves accepting (possibly even promoting) the inherent limitations of social media.

Social media taps into the causal swirl of the fish pond, but if an executive across the table says he’ll need to see ‘solid ROI on that’ he’s might as well be asking to do a focus group with a group of golden carp. Your response should be simple. Give us 10% of your marketing budget and we’ll enhance your brand with social media, so the ROI on the rest of your ad budget can improve by a corresponding degree.

Mid-Sized Companies: The Squeeze is On

A small percentage of a multi-million dollar marketing budget is still a windfall in social media, but the smaller the company, the bigger the hole a decent sized social marketing spend is likely to cause. Mid-sized companies, squeezed by the power, scalability and discount power of big boys at the top can be even more cautious in shelling out for social media beyond a cursory ‘presence’. Anything more than that presence and the board is going to take the first chance it can to grill the CMO for breakfast (or feed him or her to the fish, depending on their mood).

And you can be sure the CMO wants no part of that.

To make matters worse, mid-sized brands often have far less WOM reach, and a shallower pool of historical goodwill upon which to draw, so social media marketing has to be that much more imaginative and more targeted to deliver the virtuous circle that bigger brands might experience.

For mid-sized companies, social media ROI can be even more of an obsession because there’s simply less room for error. Naturally, that impulse might drift into their assessment of the efficacy of their spend.

It’s a safe bet that pesky ROI-addicted empiricists at mid-sized companies will be even more vociferous in meetings than their big-brand brethren, and they’ll be downright stubborn if their marketing budgets have been shrunk or squeezed.

Of course, if you really want to get to up close and personal with the hardships of being in business, try being a bootstrapped startup with a marketing budget of around zero. That is reality for most small businesses.

For multitudes of home-based entrepreneurs newly-minted by the necessities of survival during and after the Great Recession (and I count myself as one of their proud number) social media marketing is all they have. For the little guys like us, debating the ROI of social media is a luxury we can’t afford to waste time upon.

You don’t have to pay someone to implement a social media campaign, and you don’t have to pay to use it. You are the CMO. And the execution arm. And because it’s free – in financial terms, at least – the dollar ROI of social media can’t ever go into the negative. Opportunity costs are something else entirely, but small business doesn’t often ponder such things. Not having to write checks for social media is one of its great advantages.

Of course, getting it right when you’re a minnow in the big Internet pond is far tougher than when you’re a big marketing barracuda at a large brand, or a feisty PR piranha at a mid-sized outfit.

In truth, the ROI on a social media campaign which gave you twenty-five new ‘likes’ and ‘follows’ in six months slaving over a hot browser is likely not very good at all. The only way to hopefully improve your ROI is to learn how to play the social media game more efficiently, which often requires an even greater investment of time – a luxury for small business.

I’m a self-confessed minnow in the great lake that is the Internet. I’m not a social media consultant, but I use social media as a big part of my business strategy. Finding ways to harness its energy for your business through experimentation and exploration is a central part of the marketing equation for companies; big, medium, small and downright tiny. I can add little to the category of social media expertise except for this: our expectations for social media, and how we view “appropriate” ROI is usually a factor of how big of a company we are – and the corresponding role social plays – more than any objective measure of success.