How to Reach Audiences and Influencers Through Their Egos 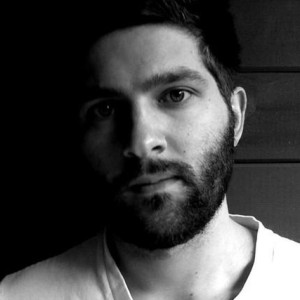 Dig deep for the cause of the worst marketing and PR, and you’ll find a rich vein of ego. It comes in many forms. A creative director pushes a campaign she came up with, even though it’s far inferior to the three her colleagues suggested. A CEO is so happy with his own Klout score, he blasts out a press release. A company starts a blog to write exclusively about itself and how amazing its products are (this is unfortunately the most common kind of corporate blog).

Letting your ego guide your marketing and communications efforts is like giving yourself an achievement award. No one cares, and you look ridiculous.

But as I was researching my new book The Social Media Side Door: How to Bypass the Gatekeepers to Gain Greater Access and Influence, I had an epiphany: Ego itself is not the problem; it’s my ego that’s the problem. Before you write me off as some kind of weirdly honest egomaniac, hear me out—because your ego is part of that problem, too, if you work in marketing or PR.

Ego actually guides some of the best marketing out there. But the trick is to ignore your own ego and embrace the egos of your audience and external influencers.

Studies show that one of the main drivers of content sharing is the ego. Two out of five sharing motivations in The New York Times’ Psychology of Sharing report are in service of the ego:

33Across found that science-related content was shared at a higher rate, but read at a lower rate than other content. They attributed this to the ego:

“…people like sharing content that identifies themselves with specific topics regardless of whether the recipients are actually interested in the topic. We call this type of behavior ego sharing.”

To reach your audience’s ego, create content that helps them positively define themselves to the world. For example, Converse managed to get thousands of people to share something carrying the Converse logo because they realized the ego benefit of sharing an animated GIF of oneself attending one of SXSW’s coolest shows far outweighed any reservations one might have about the Converse logo’s appearance on the image.

Even the kindest, most genuine influencer you know of is constantly looking out for his or her interests. That doesn’t mean these influencers aren’t great people; it simply means they are people. Like all people, they pursue their own agendas, and like all people, they have egos. Don’t ignore this fact. Embrace it!

It seems counterintuitive, but often the best way to get on someone’s radar is to ask for something. What you ask for should be low effort, of potential value to both you and the influencer, and…

When approaching an influencer with a request, focus on how it will help him or her, and use language that compliments without resorting to flattery. For example, I always find out what an influencer is keen to promote at the time of the ask. If he or she has a new book out that fits the themes I discuss on my blog, I can ask for an interview about the book. If I’ve previously interviewed people I think he or she admires, I’ll make sure to drop those names in the outreach—not only does this boost my credibility, it taps into the influencer’s aspirational ego.

Blog comments feel good. Every time you leave a smart piece of feedback on an influencer’s post, you’re validating the thought and effort they put into the piece. Do it enough, and he or she will come to see you as a supporter and be more amenable to other avenues and levels of engagement. The same goes for small interactions on the social web, including shares, “applause” (Avinash Kaushik’s term for positive social signals like +1s, likes, favorites), and replies.

Almost any piece of content can be enriched by including quotes and ideas from relevant influencers. Not only do these external POVs add a refreshing serving of intellectual diversity, they help non-influencers “draft” off of the credibility of recognized experts. The bonus is in the added distribution muscle influencers can lend to your content when they share it because you’ve portrayed them in a positive, deferential light.

The right kind of ego-driven marketing doesn’t seem tacky, cynical, or crass. If anything, it seems more approachably human than marketing that seeks to ignore or bury such a universal and fundamental drive. As a means of access to audiences and influencers, the ego-driven is tops. Just remember whose ego you’re working with.

Editor’s Note: As a bonus, we’ve included an infographic on how to reach journalists using a targeted approach and a free excerpt from The Social Side door from Ian Greenleigh. You can download the excerpt here: http://daretocomment.com/wp-content/uploads/2013/10/Social-Media-Side-Door-Sample-Chapter.pdf