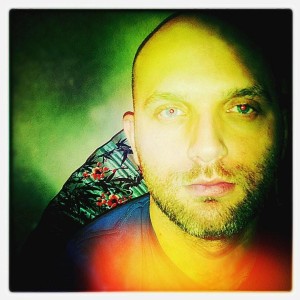 These days, with so many new media platforms, companies can end up having a hard time staying on brand across channels. So, it’s nice to see when a company is executing a strategy that engages their target audience while still being able to stay true to their core brand message.

One of the companies doing that at the moment is Turkish Airlines. Over the past few years the carrier has become an increasingly larger player in the region with aspirations of playing a more prominent role on the global stage. This is reflected in the tagline that the company adopted in 2010, ”Globally Yours.”

In line with that mission, Turkish Airlines has consistently sought endorsement agreements with some of the biggest names in sports from across the globe in an effort to tap into their legions of loyal fans – and are spending quite a lot of money in the process. The airline has carefully crafted social media campaigns around them that have resulted in huge dividends in brand awareness throughout many high profile markets.

If you follow any of the major media outlets covering business, sports, or social media, you may be aware of the airline’s viral commercial starring Kobe Bryant and Lionel Messi. You’re probably even one of the 101 million people who has watched it as of this moment. The spot has some great themes running through it that match the brand message, and it’s easy to see why this sparked the number of views that it did.

Rather than doing another analysis on a spot that has had tons of recent coverage, I’d actually like to talk about one of their more targeted campaigns from earlier in 2012 that Turkish Airlines had done in partnership with Manchester United called, “Fans United.”

During the four-month of the engagement Turkish Airlines was able to successfully leverage its partnership with the team by having Man Utd share the contest directly with its 29 million Facebook fans. According to the official numbers from Man Utd, the engagement generated a staggering number of impressions across its channels, coming in at shade over 322 million.

Topping that off, over this period of time Turkish Airlines was able to generate an additional 191K fans on its Facebook page. These new followers helped catapult it into one of the top 5 airlines followed on Facebook, where now it sits comfortably in the number 4 spot.

While staying on brand, Turkish Airlines was able to create a compelling engagement opportunity by co-opting the fan base of brand with an enormous geographic footprint – something important to its core business. This is something that a lot of companies out their miss when engaging in new media campaigns, and they are missing out on engaging with many of their potential customers.

Turkish Airlines has recognized this and has been pushing hard for broader brand awareness by pairing its high profile sponsorships with targeted new media campaigns. And, when you look at the results, it shows. In 2012, Turkish Airline’s posted a  3rd quarter increase of a 39% in year-over year revenues, and won the coveted 2012 Skytrax Award for Europe’s Best Airline.

Fans United: How to Guide for Engaging Partner Networks by Dekatlon

I don’t know about you, but I am curious to see what they have in store for next year.

Do you know of any brands out there doing a great job of executing new media campaigns that hold true to their brand messaging?