Is Wi-Fi Making You Anti-Social? 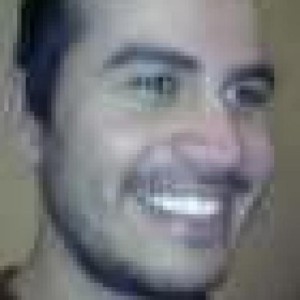 Guest post by David Murton, a professional writer specializing in the fields of social media and marketing. He is also an avid piano and accordion player, with a particular interest in the music of the Classical era.

In the pantheon of big ideas, the concept of the noosphere ranks right up there with the best of them. Developed most famously by Teilhard de Chardin, the 20th century Jesuit scientist and philosopher, the concept of the noosphere holds that there emerges among us a sphere of interconnected consciousness, a world-enveloping intelligence that interacts with both the inanimate geosphere and the living biosphere to shape the very destiny of the planet itself. 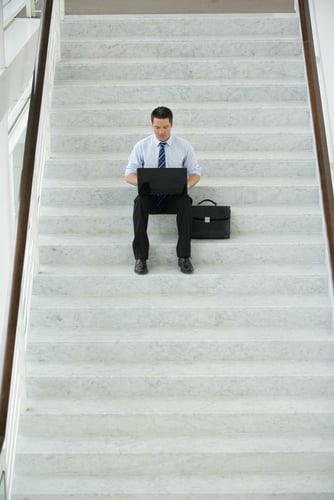 For better or worse, the noosphere is here, though not in exactly the way that Chardin envisioned. Our noosphere needs a network, and, increasingly, wherever we go, one is available. And, from this technological infrastructure emerges the social media superstructure, the tweeting, texting, skyping, facebooking world that, depending upon your point of view, is either a digital Tower of Babel or humanity’s last best hope.

The key to all this connectivity lies with radio waves, that special slice of nature’s electromagnetic pie. Since the 1860s when Maxwell proved mathematically that radio waves could propagate through free space, radio has played an increasingly important role as a conductor of communications in human affairs.

Progress, in the beginning, was slow. Think of the hapless wireless operator on the Titanic who couldn’t get anyone to tune to his distress signals. But with human ingenuity being what it is, particularly in the crucible of World War II, radio developed greatly in the 20th century. By 1970, advances were such that Professor Norman Abramson could connect radios to computers, creating the world’s first wireless network.

Called the ALOHAnet, the Hawaiian-based system used a handful of inexpensive radios and seven computers spread out over four islands to communicate with a central computer on Oahu without phone lines. This was modest technology, but, by century’s end, the work that Prof. Abramson had begun developed into the 802.11 standard, (later termed Wi-Fi), that is demonstrably changing the world around us today.

We now live in a culture in which someone on your screen is actually physically closer to you, two dimensionally anyway, than the three dimensional people sitting around you in a packed cafe – a cafe that, apart from the clicks of the fingers on the keyboards, is eerily quiet.

So what does this technological noosphere portend for the planet? The social ramifications are through the roof. (For starters, cafe tables built for two may now be obsolete; look for tables built for one with a special tray for your laptop “date” coming to your favorite cafe very soon.) According to Keith Hampton at the University of Pennsylvania, only a few studies so far have addressed how wireless Internet use in public and semi-public spaces has influenced social life. However, given the growing ubiquity of Wi-Fi and its demonstrated track record of erasing ever-greater chunks of “terra inconnectiva” from the planet, the time has come for that to change.

In his own study, Hampton asks the question: “Will wireless Internet use facilitate greater engagement with co-located others or encourage a form of “public privatism?” (It’s a good question and I really want to pose it to the lovely woman sitting a few feet away, but fear her in-person answer; alas, if I only knew her Facebook profile.)

Hampton’s study found results that were decidedly mixed, offering us “divergent futures for how wireless Internet use may influence social relationships.” On the one hand, there is the growing phenomenon of cafe tables seemingly built for one. This is the “public privatism” phenomenon of the quiet cafe, the packed public space in which each is an island unto him or herself in the vast sea of cyber space. And, on the other hand, there is the Middle East, the living, breathing, sometimes even bleeding laboratory of social media’s potential to facilitate greater engagement with people Hampton would refer to as “co-located others.” 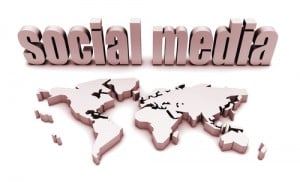 While there are exceptions, most of us here in the West do not view social media as quite so revolutionary. Instead, we often see the problems that can come with the technology. For example, teenagers and even adults spend huge portions of their day distracted by the virtual reality afforded by social media, a habit, sometimes even an addiction, that can adversely affect school and work. There is also, as well, the “dark side” to social media. That is, its power to amplify and broadcast human foibles. For example, how many videos are there of people, often teenagers, injuring themselves seriously while trying to do some kind of dangerous stunt as the digital cameras of their best friends roll?

The Future of Social Media

All this is just a prologue of the social media narrative to come. The technological gap that separates Marconi’s wireless at the beginning of the 20th century and Wi-Fi at its end shows no sign of abating its breathtaking pace. New and astounding technologies have emerged, and there’s no shortage of new ones on the horizon.

So, does social media in an age of ubiquitous wireless connections constitute Chardin’s concept of the noosphere? You can almost hear the great Jesuit scientist mystic nodding his head and saying something like, “yes, social media represents the organized complexity that shall usher humanity to a higher state of being.” And, because every word of it would be in mellifluous French, it might just be true.