Find Your ONE THING Before Launching in Social Media 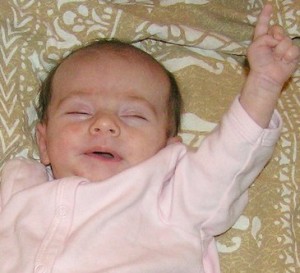 (originally written for MarketingProfs Daily Fix)
The history of marketing has been an unending stream of “biggest sale ever,” “now with extra raisins,” and “easy financing available.” The power of social media is that it allows consumers to peek behind the curtain of brands that have historically been stoic, pushy, and unresponsive.

Successful social media programs cannot be just a digital yellow pages ad for the company. Unfortunately, we’ve seen a lot of these efforts on Facebook and Twitter recently, where the company sets up shop in social media, but just continues sending one-way promotional messages like they always have in old media. This won’t work, and why would it?

To really make social media work for your company, your message cannot be ABOUT your company. Unless you’re one of the very few companies that already has a natural community of raving fans (apple, nike etc) people don’t care about your company enough per se to get involved with you online in a meaningful way.

Instead, you have to find the ONE THING in your company that is truly defining and interesting, and build your social media program around that. It could be something operational. Perhaps your customer service program. How people use your product in unique ways. Anything, as long as it isn’t “we’re a good company that makes a good product”

Fiskars used the fact that scrapbookers were crazy about their scissors as their ONE THING when they launched the Fiskateers program with the help of Brains on Fire, and now it’s a definitive social media case study.

For most people, when they think Zappos they don’t necessarily think shoes anymore, they think customer service. That’s their ONE THING and they beat that drum continuously.

A campaign I worked on with Mighty Interactive for Exide Batteries focused on NASCAR fans and Exide’s status as the official battery of NASCAR, not the fact that they make a great car battery.

It’s probably under your nose

Finding the one thing often requires really spending time with the brand and getting a feel for its operations and culture. Agencies can uncover the one thing better than clients can, because for the clients the one thing appears to be no big deal. It’s just routine.

Here’s an example that pre-dates social media by about 15 years. When I was an intern at an agency in Phoenix I worked on communications for car audio maker Rockford Fosgate. We wanted to devise a campaign that was different from most car audio gear, which typically focuses on testosterone, loudness, and detailed specs.

On a factory tour, we came upon a huge guy with a long black ponytail, a white apron, and a giant rubber mallet that looked like something out of “Cooking with the Hell’s Angels.” Standing at the end of the assembly line, he grabbed every amplifier off of the line as it came down, and beat it as hard as he could with the rubber mallet about 9 times. After the thrashing, he hooked the amp up to a testing station and made sure it still worked.

We asked the client tour guide about it, and he said it was indeed a daily occurrence, part of Rockford Fosgate’s quality assurance program.

A campaign was born.

We convinced the company to let us use the actual guy in the campaign, and we created a series of print ads and media outreaches using the “If We Can’t Wail It, We Fail It” tagline, with explanatory copy.

It’s too bad social media wasn’t around then, because we really could have put some legs on that effort. YouTube video. Guest wailers. Twitter campaign. I’m stoked just thinking about it. (Rockford Fosgate if you still wail it, please steal this idea).

What seems boring to you inside your company might seem fascinating to your customers. It could be your ONE THING. And without it, your social media effort will never take flight.

Do you have examples of the ONE THING? Leave a comment with the brand and their one thing, won’t you?