Cookie or Creme? As viewers across the country tuned into the Super Bowl, Oreo blazed new trails with its clever “big game” social media activation. The recipe for Oreo’s success? Hard work and strategic planning, with a sprinkle of spontaneity.

It all started on January 31, when Oreo teased on Instagram, “Are you cookie? Or are you creme? Choose your side and come back Sunday to battle it out, Instagram style.” 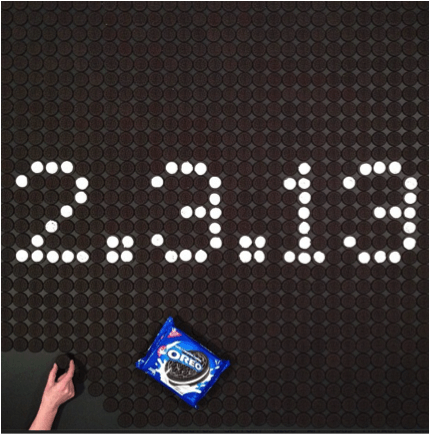 Oreo continued its game day teaser on Twitter, hinting, “One day left until the most epic competition of the year. And also a football game. Follow us on Instagram for a hint. http://oreo.ly/X0fWiF.”

While it’s no surprise that many Super Bowl advertisers turn to Facebook or Twitter to extend the life of their commercials, Oreo “whispered” its way into social media fame by tagging Instagram at the end of its ad. As the commercial aired, Oreo’s battle royale was announced – cookie vs. creme – through a simple, yet effective Instagram post:

“It’s go time! We’ve got a warehouse full of OREOS ready to be turned into cookie masterpieces or creme works of art. Choose a side and then tag your photo #cookiethis or #cremethis — we might just recreate it using your favorite part of the OREO. Good luck!” 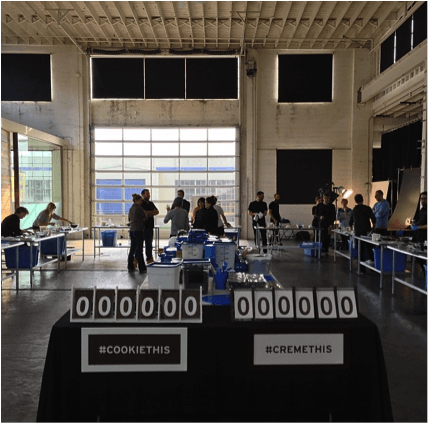 The brilliant part of this campaign? Oreo sourced cookie artists to whip up edible masterpieces of fan submitted photos, made either of the cookie, or the creme. The creations are mini works of art and run the gamut, from a light bulb, to the Eiffel Tower, people’s faces, pets, and more. Photos are continuing to be posted throughout the week and Oreo’s Instagram account has grown from 2,200 to 56,000+ in just a few days. 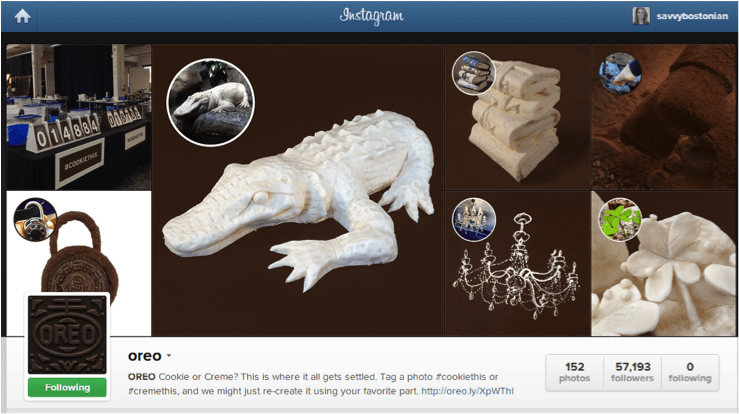 Dunk in The Dark

As the campaign was off and running, Oreo struck social media and public relations gold with a serendipitous moment – the blackout. With all of the key stakeholders gathered in a command center for this campaign, Oreo’s team was quickly able to design and get a clever, of the moment ad, up on Twitter. The tweet secured more than 15,800 re-tweets and nearly 6,000 favorites. Oreo’s simple yet effective ad generated significant news coverage and praise for the company’s flexibility. 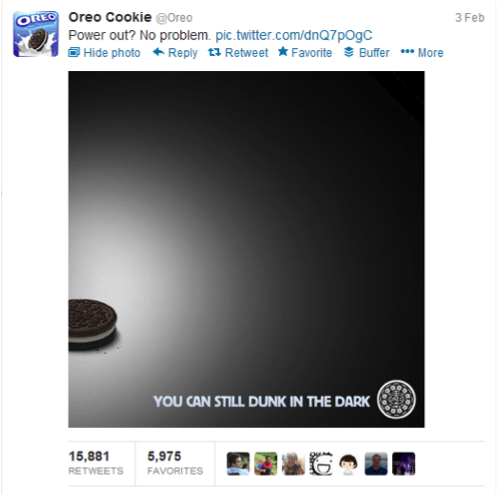 Key Takeaways for Companies and Brands