Permission is the Enemy of Speed

This week I’ve been writing about speed and response expectations for business on the social Web. 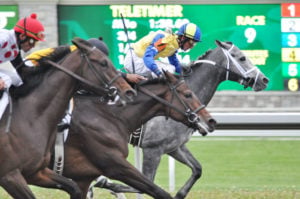 Ultimately, speed wins. The companies that engage customers on Twitter and Facebook within minutes are making a none-too-subtle statement about their embrace of the social telephone and the primacy of the customer. In comparison, slow response or no response produces a decided “meh” vibe.

So how do you win the speed race that has no finish line? How do you become uber responsive to your customers on the social Web? Not with technology, and not with tools.

You win by eschewing permission in favor of response time.

Beg for Forgiveness Rather Than Ask for Permission

Every time your front line responder(s) need to find out the answer to a customer question, or check with a manager about how to word something, you have failed to truly embrace the real-time nature of modern customer relations.

That’s why it’s so critically important to staff your social media front lines with people who not only have extraordinary passion for your company, but who also have the experience and judgement to minimize response delay.

The widely held notion that we should staff community manager and similar positions with young, inexpensive, socially savvy people who juggle smart phones like flaming clubs may actually be a terrible idea.

Instead, what if we staffed community manager and similar positions with experienced team members who know the ins and outs of the company, can subsequently answer most questions without asking for help, and most importantly have the judgement that is accrued only with time?

For a while, Frank Eliason at Comcast (now Citi) was held up as the standard. And experienced, wise, consumer affairs-oriented connector with smarts and empathy. But now, as social-powered customer service becomes pervasive, it seems that more companies don’t want to invest in someone like Frank, but instead hire someone who “grew up with this stuff” – regardless of how little organizational understanding that person possesses.

I don’t often see the logic in putting an inexperienced person at the controls of the only part of your company that is truly real-time and exceptionally visible.