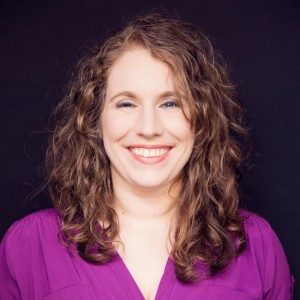 Your content team shouldn’t be the only ones managing your company’s social media accounts.

Lauren: Your content team shouldn’t be the only ones managing your business’s social media accounts.

Hi, I’m Lauren Teague, and I’m a strategist on the Convince & Convert consulting team. And it irritates me, frankly, that social media engagement has been boiled down to just retweets and likes on our posts or how many screenshots are taken of our snaps. Slowly, though, I see the pendulum is swinging back to social media’s origins as a community platform and a place to build real relationships—a place where engagement also means how many people are talking to your brand in social media, and how often they’re actually being helped, or at least they receive a response. And I don’t think there’s any better way to build relationships and brand advocacy than by including customer service in your social media strategy.

You see, on New Year’s Eve every year, my husband and I, we always go see the Dallas Stars play a hockey game. It’s one our favorite traditions in annual date nights. This year I must have tweeted, snapped, and Instagram-ed about a dozen times before and after the game, and only once did I actually get a response from anyone associated with the team. But do you know what caught their attention? It was finally when I mentioned their Stars game announcer, @JeffK, in a tweet about the warm-up music, and Jeff responded quickly and tagged the game night DJ, who then tweeted me a Dropbox link to download the pregame mix. How cool was that?

I was totally blown away by the speed and the friendly responses from these two team employees—who were, by the way, also working their real jobs during the game at the very same time. And yet I saw nothing from the actual team account whose jobs it was to post content throughout the night. But then the disconnect between content and service really hit home when I saw a ticket servicing manager stop two rows in front of me, and from the aisle, he waved down the row to get his client’s attention, and he apologized for not getting closer because there was a full row of people there. And so he did a wave-by and left, probably to go find another customer on his list.

Now, here’s an employee whose job centers around service to the ticket holders who buy tickets to the game, and for him, a stop-by-and-wave was good enough. But, dude, if I’m buying tickets from you, I don’t want your wave-by. I want you to be following my tweets through the game and responding if I need you to. Or better yet, give me a place in social media where we can communicate together during the game if I have a question or I actually need assistance.

You know, one in three people now prefer customer service in social media compared to traditional channels like the telephone and email, and we know from research through Hug Your Haters that responding to customer complaints or concerns increases advocacy by 60 percent. A study earlier this year by Russell Scibetti found that only 16 of 146 professional sports teams actually even allow anyone to direct message them on Twitter without the team following them first. So sports is just one of the industries that hasn’t awoken to this opportunity for customer service in social.

But every day, we’re working with consulting clients who are struggling with how to bring their customer service teams up to speed, and then get them to a place where these social teams feel comfortable turning over the keys to their established accounts. That’s not an easy transition for any organization, but now is the time to expand social media beyond your content team.

So tell me how you’re doing this or why you haven’t yet in the comments below, or find us @convince on Twitter. See you next time.