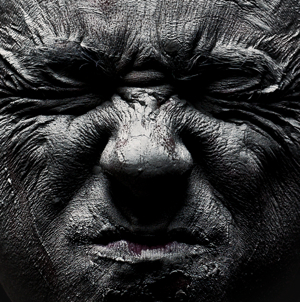 Within the realm of self help, Tony Robbins is U2. Known by all, beloved by many, but to some degree hamstrung by his own popularity and the accompanying expectations. Tim Ferris is Radiohead. Modern, quirky, and possessing a growing group of fans proclaiming him to be the best ever. Julien Smith is Elbow. Perhaps lesser known among the vox populi, but universally respected among the cognoscenti and capable of hitting massive heights from under the radar.

With his new book The Flinch, Julien isn’t going to be under the radar any longer.

The Flinch is a taut and uncompromising manifesto that aims to help readers conquer the root of what holds them back – the belief that pain and failure should be avoided rather than embraced.

Julien is an excellent blogger, and the co-author of the New York Times best-selling book Trust Agents

– a good read that helped define the persona of the connector.

Now he’s back with a much more personal and impassioned message that aligns with his true calling – to be the guy that helps you be a better version of yourself through repeated linguistic shots to your solar plexus. He writes:

You think you’re working hard. You think all you need is your lucky break. Wrong. You haven’t done what’s necessary at all. You haven’t made the sacrifices. You haven’t put in the time. You haven’t learned the lessons and you don’t have the scars. Not for the fights that matter.

“The flinch” is our ingrained avoidance of pain and difficulty. It supports the status quo and keeps us from experiencing the circumstances and lessons that enable us to get stronger, like fire forges steel.

This 40-page 100% free download (courtesy of Julien and Seth Godin’s Domino Project), delivers a wallop by describing how the flinch gets built up in each of us, and prescribing specific methods for reducing our slavish devotion to it. Julien believes that failure may actually be better for us than success (and it’s certainly more educational):

Here’s the thing: the lessons you learn best are those you get burned by. Without the scar, there’s no evidence or strong memory. The event didn’t actually happen or imprint itself on your brain—you just trusted those who know better.

I asked Julien a few questions about The Flinch earlier this week before the book launched.

Jay Baer: Do you believe our high standard of living and genuine comfort contributes to more flinching? Or is proclivity toward the flinch irrespective of environment? Is the flinch nature or nurture?

Julien Smith: In a way I think so. I’m not a luddite at all, but our inability to stay with discomfort in any meaningful way is a crutch that is further amplified by our ability to check email 500 times a day, for example.

The flinch really is everywhere, but it’s only hampering us in environments that are rapidly changing. Think about it this way: our fear of the dark is in fact something that, in a normal environment, helps us survive. (We can’t see far, there could be predators, etc.) But here, in this modern environment, it isn’t useful at all. So we have to have it deprogrammed out of us by our parents. Follow? The further the environment is away from what a human has evolved to do, the more our flinch is a hindrance.

Jay Baer: Is giving a book away for nothing a way to conquer the flinch in the publishing space?

Julien Smith: Yes, precisely. Seth Godin, who edited the book, talks about that in a really concrete way here. Free is good, and so is expensive, but when our environment is brimming over with information, ask someone to pay for more of it and they flinch. Remove that barrier and good things can happen.

Jay Baer: For readers that take up the challenges outlined in the book and conquer their flinch, what would you hope their outcomes to be? What is your secret desire for readers of The Flinch?

Julien Smith: I can tell you that, from my perspective, addressing these things has made me more outgoing, physically as well as emotionally stronger, and has led to me having a better career than if I had not done so. Pushing through what makes you feel uncomfortable is a huge part of differentiating yourself and making great work. So I think that those who go through the exercises will bang up against “the walls of their programming,” as I say in the book, and come through the other side stronger than before.

Jay Baer: So much of the advice in the book is rooted in doing the opposite of what you think you should do or what feels natural. But at what point – if any – can that approach turn dangerous? Where’s the line between destroying barriers, self-discovery, and recklessness?

Julien Smith: I have a great deal of faith in the reader. I feel pretty much everyone, every group, is smarter than we give them credit for. So I don’t dumb down for my audience or make things too black and white because of the assumption that people won’t get the subtleties. They’ll read it, they’ll get it, and very few, if any people, will take it too far. Even those that do will probably learn something about themselves. No harm done.

Nobody has everything they want, and nobody IS everything they wish they were. Nobody. But that’s the fault of each of us. That’s why The Flinch is a book for everyone that realizes deep down that they are standing in their own way, and want to remove that obstacle whenever and wherever possible.

If you can spare 30 minutes (and you can), take the time to read The Flinch. It made me think about what I settle for each day, and the lessons I could be learning instead. It’ll do the same for you. 30 minutes and zero dollars is a small price to pay for that level of self-awareness. I recommend streaming some Elbow while you read Julien helping you get your act together.

How to Include Your Customer Support Team into Your Marketing Strategy

5 Best Tools to Measure Share of Voice on Social Media

5 Ways Crowdsourcing Is Impacting the Future of Content Marketing