Secrets of Social Media You Learned in High School

Guest post by Bill Murtha, President and CEO of Roberts Communications, a leading independent advertising agency with offices in New York and Minnesota.

Everything you know about social media you probably learned in high school.

In full disclosure, a lot of our social media strategy flows out of the work we do with Jay Baer. He’s been great, taught me and our entire agency a ton about how to develop and deploy social media for our clients and own efforts to grow business. That said, much as we love our time with Jay, I’m always struck right after hanging up the phone, or at end of a webinar, just how simple this whole social media thing is. The hard part—like losing weight, quitting smoking, eating your fruits and veggies– is doing it and sticking with it with in a disciplined day-in and day-out way. But the real basics of how the ecosystem works— well, I learned (and you did too) back in high school. 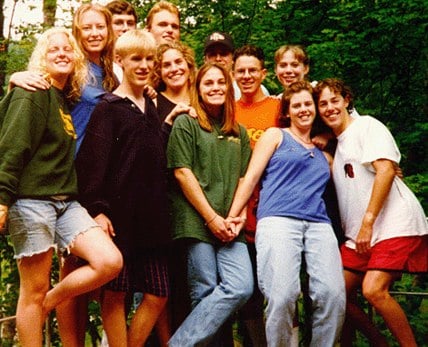 Cliques and groups define you

Who’s your audience? What are they thinking and feeling? What’s important and relevant to them? In high school, I spanned a bunch of cliques, groups, even a few lame gangs. We had juicers, druggies, motor heads, hippies (yes I’m that old,) rockers, heavy metal rockers, jocks and nerds in my HS. And that’s not an exhaustive list. But in each case, as I’d weave through my angst filled teenage years jumping from group to group, each had its own coda, jargon, ethics, special interests, badges of honor (or dishonor) and tests of loyalty.

If you wanted to be part of one – you had to connect with authenticity. Fake it or fail the test – sniff, whiff or otherwise –and you’d never really be accepted or “in.”

Word spreads fast (True or not)

Once you were “in” or “out” – anything you’d do that either enhanced your status or tainted it would be known fast …at least before homeroom, often in time for the bus ride home or that night’s game. Word of your distinction (“you won’t believe what Murtha did?”) or loser move (also, “you won’t believe what Murtha did?”) spread instantly and widely.

News about your peers, their activities and interests reached everyone like an organic virus. News about the Beatles, The Doors, Hendrix’s latest riff, a new album, or movie were known and evaluated, liked or disliked in-between class changes and hallway conversations. “Don’t trust anyone over 30.” “Hell no, we won’t go.” “All we are saying is give peace a chance.” McMurphy asking in Cuckoo’s Nest, “Which one of you nuts has got any guts? “What we have here is a failure to communicate.”

Like the info-overloaded hyperactive characters in the current Bing commercials—all this stuff flew through our “social media landscape” like a T1 fire hose. Even without all of today’s technology accelerators, I still think a teenager or tween on a land line can spread word of mouth at comparable speeds. Add texting, tweets, retweets, online reviews, Flickr, HootSuite, Droids, iPhones, transparent consumer rating sites….and you get the idea. Word spreads fast.

Friends want to hang out with other friends

Homogeneity was the goal. Fitting in with a HS clique meant you shared a clothing style, a haircut, an attitude, special interests, leaders, and of course, common enemies and causes. And sharing meant hanging out with your group and talking incessantly in-between chemistry and honors English about the stuff that really mattered to us. And after school, it meant hanging out with a following of like-minded individuals. And followings mattered. The size of the crowd that would show up at that nights’ game, or at the corner store, or on the bridge that severed North Bergen from Jersey City heights all depended on who was there. No sense going if there’s wasn’t someone there worth hanging out with—someone with a decent following.

You can’t be a friend without being a friend

And what good is hanging out and doing stuff together if you can’t talk about it in minute detail. Over and over and over again. Why see Jethro Tull’s Ian Anderson rise out of the smoke filled stage at the Fillmore East if you’re not going to share the experience after the concert. And relive each Aqualung or Locomotive Breath crescendo. So we were “atomizing” and recycling our content streams and we didn’t even know it.

Good friends talk, listen, comment, trash or praise and relive everything they experience.

What did you see, hear, watch – and most important, what did you think and feel about it. So if you’re not talking to others, listening to others, telling and retelling their stories, saying thank you with comments, retweets, and pass alongs, reading others blogs, and adding knowledgeable content to the thread—you’re not really a friend. Friends don’t just eavesdrop and watch – they converse and engage with passion and purpose.

You can try to belong to a bunch of groups

But you can only really belong to as many groups who allow you to join. Permission marketing at work in the real world. Ever try to fake or force your way into a group in HS? Do you remember the look on their faces…the stone cold silence or one word answers you’d get in response. You can ask to be in a group as much as you want – but ultimately the group has to let you in or not. They have to accept your invitation and credibility as someone true, valued and worth hanging out with.

I guess everything old is new again?