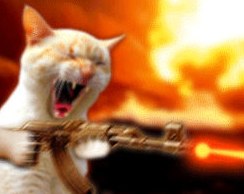 Ken Wheaton penned an acidic column in AdAge that discounted the impact and legitimacy of social media. And not just in a “I’m not sure this social media thing is all it’s cracked up to be” kind of way, but with snarkiness, derision and hubris.

Here are excerpts from the piece, titled “Web 2.0 cured my cancer and made me taller – and rich!” where Wheaton pretends to be a Web 2.0 fanatic:

“You naysayers can laugh all you want. You’re just troglodytes caught up in old world illusions like “ROI” and “profit” and “sales.”…You talk trash about Web 2.0 and we’ll use the power of social media to bankrupt you just like we did Pepsi and Motrin.”

This is just sneering of the highest order. In one column, Wheaton demonstrates he not only knows little about how social media is used (his Twitter example alone demonstrates his utter lack of social media experience), but compares it to Betamax.

It’s easy to take the position that anything new that threatens the established order of advertising and marketing is trivial, and to write vitriolic columns to that effect. Because if in fact the hot new thing fades, you can crow about your prescience down the road.

It’s much harder to take the position that the new kid heralds something bigger – a fundamental change in the way consumers want to interact with the brands they support. I’ll be happy to take that road.

The fact is that twice as many people log on to Facebook every month as watch American Idol, and the “old media” that Ken Wheaton and his masters at AdAge represent is withering both figuratively and literally (based on the ever-decreasing page width of many daily newspapers).

It’s both distasteful and irresponsible for such a respected, widely read publication as AdAge to completely disregard social media, even in a column. But, these are the same guys that dismissed the Web as a whole, banner ads, email marketing, paid search and every other online development as a bunch of hooey.

I don’t mind blowhards. And I don’t mind people being wrong. But I can’t stand them in combination.

Maybe Ken is coming around, as he’s been pushing 20 tweets a day lately. I love the smell of hypocrisy in the morning.