Back Up the Bus – The Changing PR Timeline

Before I got involved in online marketing in 1994, I helped manage political campaigns. In those days, the formula was pretty consistent. You targeted different voter groups with direct mail, radio and TV. Then, with about two weeks left in the campaign, you brought out the big guns and dropped a big TV and direct mail bomb on your opponent.

A few years ago, Arizona (and many other states) began to allow vote by mail. In Arizona, you can now cast your ballot in any state-wide election as much as 8 weeks before election day. Thus, almost every day is election day, and as many as 50% of votes are now cast early.

This of course has fundamentally changed the nature of campaigning in the state. Messaging must be earlier and more consistent, and you can’t keep your powder dry for the end. You have to run hard from day one.

Social media has changed the game for public relations in exactly the same way. 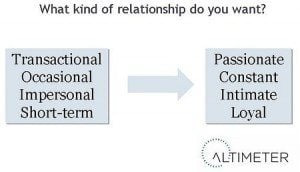 The decline of media has been well-chronicled. That cow isn’t going back in the barn. Traditional journalists are being “replaced” as information disseminators by bloggers, who have different expectations and norms.

Incidentally, I distinguish reporters from bloggers in two ways. First, reporters have editors, bloggers don’t. Second, the readership for reporters is driven primarily by the reputation of the media outlet for which they write. Bloggers’ readership and reputation is self-made.

Another oft-true delineation is that reporters have journalism degrees and have been trained in the PR firm >< journalist tango. Many bloggers have not. Because of these important differences, PR firms have to work with bloggers in a much different way than they work with reporters. Most notably, bloggers do not like press releases, and do not like to be pitched. Dave Fleet has exceptional content on his site about this.

The key to successful blogger relations is just that – having a relationship. Sure, traditional public relations practitioners benefitted from relationships with reporters, but it wasn’t required. A great press release, a killer story angle, and an amazing pitch could still get placement even if you’d never met the reporter. Much tougher to do that with bloggers.

The best practice is to identify the bloggers you want to work with at least three months before you need them, and begin developing relationships with them. Read their blog. Comment on the blog. Interact on Twitter. Connect on Linkedin. Not in a disingenuous, machiavellian way, but in a genuine, meaningful way.

This of course requires a complete rework of the traditional relationship between the client and PR firm, wherein the firm gets told about the new product two weeks in advance and is expected to get coverage. In a blog-dominated world, that will not work. You have to build relationships before you need them, not when you need them.