The Fallacy of Round the Clock Social Media

Guest post by Chris Hall an interactive content specialist at Off Madison Ave who specializes in writing for humans, not robots.

It’s 11PM and the world around you is getting ready for bed. As a mobile obsessive, you instinctually check your Facebook, Twitter and all the rest of your social media accounts while you brush your teeth, only to find that someone has interacted with your brand. The world stops – you must answer. 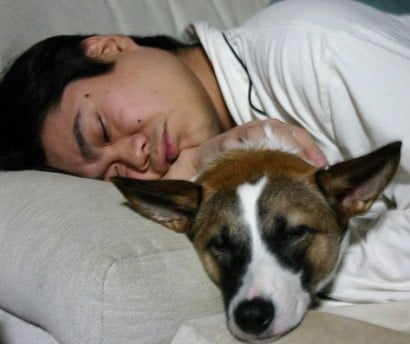 That’s the way my world has become at least, because in my mind brands don’t sleep. How could they? On Facebook for example, there are people awake at all hours of the night that may have a great questions, and the only way to provide the “human” experience that brands crave oh-so-much is to respond to them as if
they are talking to you directly – no matter when they happen to be communicating.

But how does this look to the other guy – the guy that is talking to your brand in the middle of the night? What your nighttime response does show is that your brand is willing to respond at all hours of the night, but is it really worth it?

Let’s say that this guy, who I’ll call Mr. X, is an average Facebook user. On a normal weekday he hops onto his page periodically and probably writes a couple pieces of content, probably in the form of posts or comments on other’s walls. Each of his posts probably gets 2-5 comments/likes, with 50% percent of those coming from his friend Joe who is inexplicably online 14 of the 17 hours that he is awake. Each time Mr. X receives a comment, there’s a little rush – a feeling of acceptance. And this feeling will be the same whether the comment is made that day or that week.

So let’s say that your “toothbrush response” gave Mr. X a slight feeling of brand satisfaction. He goes to bed thinking that your brand cares, but by morning life continues on like normal. He’ll go to work, eat some lunch and watch the seven YouTube videos that his friend Joe sends him on a daily basis. Looking back on the situation, do you think that Mr. X’s feeling about your brand would be any different if your response had come at 9AM rather than 11PM? Isn’t it likely that Joe’s feeling of brand satisfaction would be practically identical?

Give the Brand a Break

Brands are allowed to sleep. Obviously there are some brands that are exceptions to the rule, but the majority of brands out there should try to keep consistent hours… you know… to sleep and stuff. Keep alert in case of emergency, but when Mr. X asks a simple question, just let it go.

While social media is fast, consumers really can’t, and don’t, expect social media to answer any faster than an email or phone call would. What they want is real human interaction – and the only way to seem like a human is to act like one.