This week, The Office’s B.J. Novak generated headlines and attention for his new book, One More Thing: Stories and Other Stories, by announcing it on Instagram. While the effort may seem non-traditional to some, Instagram’s more than 150 million monthly active users and visual storytelling capabilities make it an effective social media channel to leverage for important announcements.

On January 29, Novak turned to his personal Instagram account to celebrate the February 4th book launch through a photo and subsequent teaser photos. The initial Instagram post was the cover of his book, One More Thing: Stories and Other Stories, and subsequent photos shared include excerpts from the book. Each image received between 5,000 to 10,000 likes and the actor/author has more than 92,000 total followers.

In an interview with Mashable, Novak called the announcement an experiment and cited his personal interest and use of the platform as the motivation to try it.

Why It Worked: First, it was unexpected. Second, it was a fit for the community Novak has curated on Instagram. His account, @picturesoftext, features photos of text and has a bio that says, “Pictures can say a lot. But pictures of text can say even more.” This focus, combined with his celebrity status and fanbase, made Instagram a good platform to drive awareness, buzz and ultimately purchase of his new book. 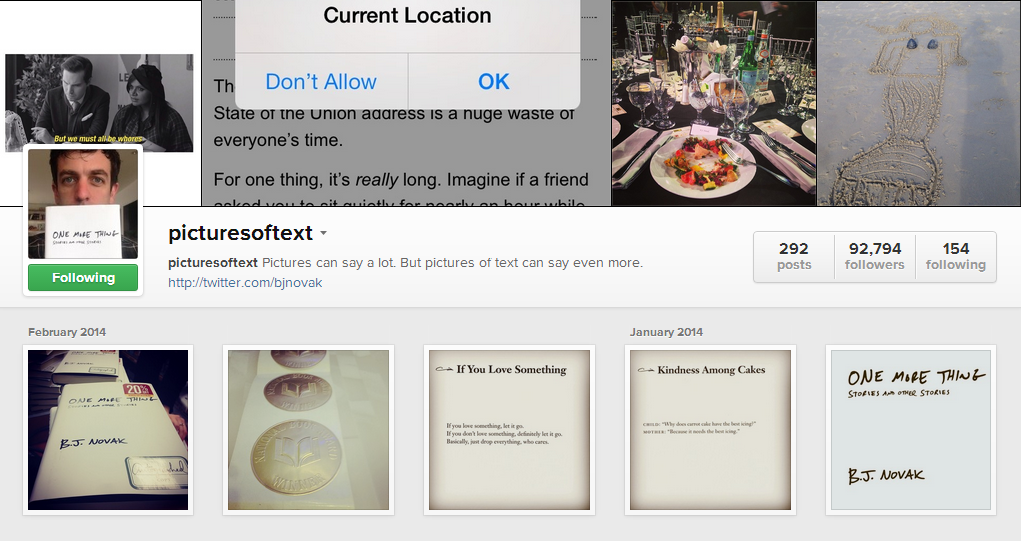 In order to reinvigorate its 2012 annual report, the Calgary Zoo swapped its traditional PDF for Instagram – an effort that resulted far more views and interest than ever before. Fifty-five Instagram photos with captions served as pages of the report, allowing the viewer to engage both with the visuals, stories, quotes and stats.

Why It Worked: Arguably the first of its kind, the Calgary Zoo became a social media innovator overnight and generated more publicity for the Zoo and the value it offers to its guests. Each photo served as a story vignette and the caption with stats, quotes and stories served as a nice supplement. It also drove users to view the Zoo’s entire Instagram account at once, versus simply engaging with an occasional image in their stream, providing marketers with a new idea on how to use the platform.

Will It Live On? At press time, the 2012 annual report is no longer available on Instagram, prompting the question of – why? There’s no 2013 report yet, so it seems like a miss to not keep the content active until refreshed. The zoo, however, has created a standalone Instagram account. 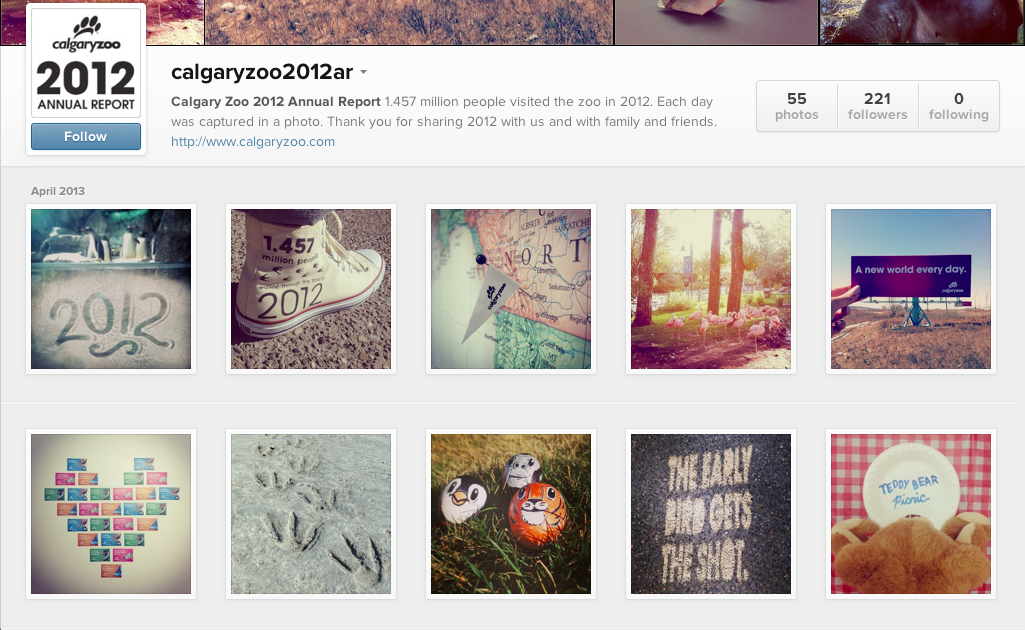 Oscar de la Renta made Instagram the equivalent of front row at fashion week by exclusively launching its Fall 2013 campaign via it’s @oscarprgirl account. The Instagram launch was teased with a photo several hours in advance and featured seven images from the company’s upcoming ad campaign, which wasn’t scheduled to hit newsstands for a few weeks.

Why It Worked: Oscar de la Renta showed its Instagram community just how important they were to the company by serving up VIP content to them. Typically, a new ad campaign would launch in key magazines, but by taking a creative approach, the company generated positive praise from customers and in news coverage – all without polarizing the magazines with featured ad placements. If anything, many of the articles highlighted which magazines would feature the ads in the coming weeks. The company also encouraged pre-orders on its website, even though you can’t click on links on Instagram, so it effectively could measure the success of the preview initiative. 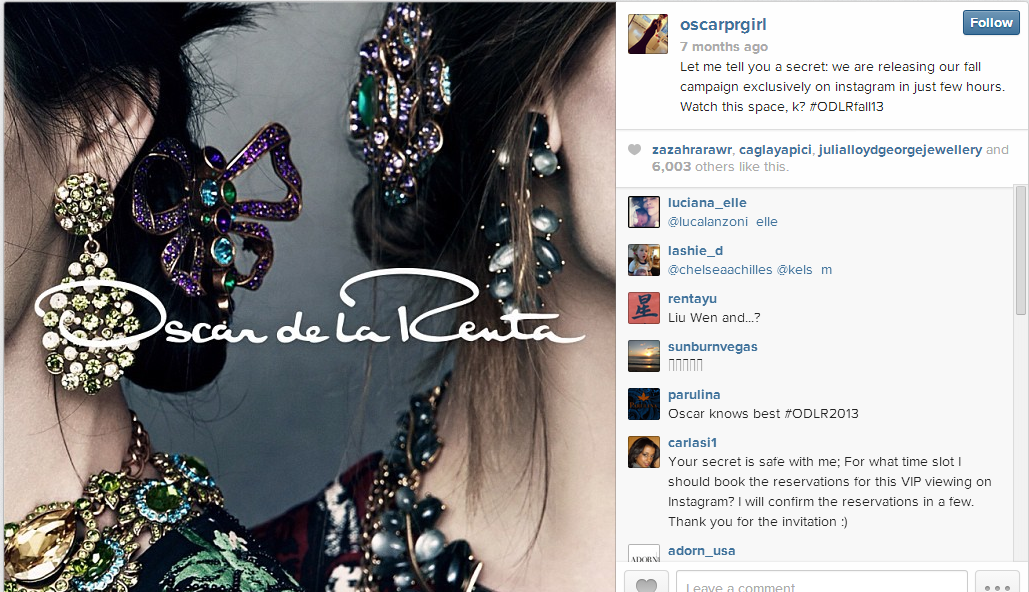