Customer Stalking – When Is Your Twitter Response Too Fast?

The other week, I was participating in Jay’s hashtagsocialmedia.com chat on social media. (It takes place every Tuesday at noon EST.) The exchange is below:

@jaybaer #sm107 BONUS Q4. How important is speed of response on Twitter? And can a company be TOO fast = creepy?

@neicolec: Q4: If support problem, no reply too fast. If I made a comment, a fast reply creeps me out. #sm107

It’s true. I get creeped out when a brand on Twitter replies quickly to a comment I just made. Probably a lot of people do. It may seem inconsistent and fickle, but we don’t always like a fast response to a brand mention on Twitter. In some cases, it might be best not to respond at all.

The key to deciding how fast to respond is to take off your business hat and put on your person hat. Think less about your business and more about appropriate behavior in a social situation. 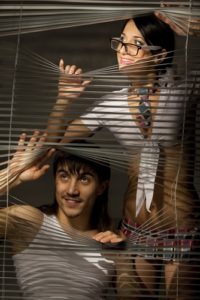 Eavesdropping With A Purpose

The circumstance where I definitely do want a fast response is when I’m having a problem. I’ve had several companies respond quickly to conversations I was having with others about their products. Livefyre responded when I complained to my friend Mark W. Schaefer that my comment on his blog wasn’t uploading. And just last week, Triberr’s Dan Cristo helped me out when I told Gini Dietrich that I didn’t understand how to use Triberr. I was happy to have them eavesdropping, and happy to have them offer assistance.

In this circumstance, no response is too fast. Presumably, the customer has tried to figure out a solution on their own. By the time they reach out, they’re frustrated and maybe angry. They just want the problem solved now. (in fact, ExactTarget’s research on Twitter found that most customers turn to it as the third option, after they’ve been dissatisfied by a company’s phone and email response).

That’s one of the benefits of real-time monitoring and response—you may be able to intervene before the customer gets to the boiling stage. If someone is complaining about a problem, they are almost never going to be upset that you overheard, stuck your nose in it, and solved the problem.

Business hat: I’m monitoring conversations about my product. Someone just said they’re having a problem with it. I’ll provide good customer support by asking if I can help solve the problem right away.

Person hat: Those two tourists are looking at a map. Oh, I just heard one of them ask how to get to the market. I know just how to get there. Let me go over and help them.

It works in either scenario. If you were lost in the real world and someone offered to help, you’d feel grateful. (Except if you’re a New Yorker, in which case, mind your own business!)

Most of us who are digitally savvy know that we are being served online ads based on information that Google, Facebook, and others collect about our online activities.  Many of us accept it as the price we pay for so much free content.

Still, if you visit Ford’s website, and then every ad you see for the next two days is for Ford, it kind of creeps you out.  It’s like you’re being banner ad stalked. Maybe you know in the back of your mind that advertisers are watching you, but you don’t want it to be so obvious!

This effect is even worse on social networks. When you’re on Twitter and someone @’s you, you know that a person is talking to you. Even if it’s a branded account instead of a personal one, with a logo instead of a person’s photo, you are still very aware that it is a person tweeting to you. So, when someone tweets about the great deal on Wii’s at this or that store, just after you’ve made a comment that you’re thinking of buying a Wii, it feels like stalking. It feels like that person was spying on you.

Business hat: I’m monitoring the real-time conversation for opportunities. Someone just mentioned they are thinking of buying a new minivan. That’s a prime sales opportunity—at the point of decision. I’ll tell them we have good prices and give them a link to our site.

Person hat: I’m talking with a friend at a party about buying a new minivan. The sleazy guy at the buffet table behind us leans over and says, “I heard you mention you want to buy a minivan. I have great prices at my dealership. Here’s my card.”

Even something less spammy can be creepy. Let’s say I @ a Twitter friend in response to a question. I tell her that she should try Livefyre for her comment system. And then @Livefyre immediately tweets, “Let us know if you have any questions!”

I’m sorry. That’s asynchronous and icky. Livefyre might just be trying to be helpful, but it feels like they are spying on a private conversation, and are a bit too eager to please. Even though I clearly like the product and am suggesting it, I don’t like them intruding into my private recommendation to a friend.

That’s ridiculous, you might say. The conversation isn’t private. You’re on Twitter, for goodness sake. And it’s hypocritical. You didn’t mind them intruding when you had a problem.

It doesn’t matter if it’s hypocritical, though. People aren’t logical, and social rules are subtle and can seem capricious. Still, when they’re broken, we know. I may have a hard time explaining why that gentleman is standing too close when we’re out here on the street, even though it would be acceptably close in a crowded elevator. Nevertheless, if he’s standing too close, I’m uncomfortable.

So, let’s try our hats on again for this last situation.

Business hat: I’m monitoring the real-time conversation. Someone just recommended our brand of luggage. I’ll make sure they know we can answer any questions, and that they have my contact info.

Person hat: I’m on the subway talking with my friend about her travel plans. I recommend this great travel bag I bought. The guy behind us leans over the seat and says “I’m a sales rep for that luggage. Do you have any questions? Here’s my card.”

Creepy. You want to just brush him off. Chances are my friend is going to throw away that business card, even though she wants the luggage.

The next time you’re wondering how fast to respond to someone’s mention of your brand, take my advice: put your person hat on first.