Why Critics of Klout Are Missing the Big Picture 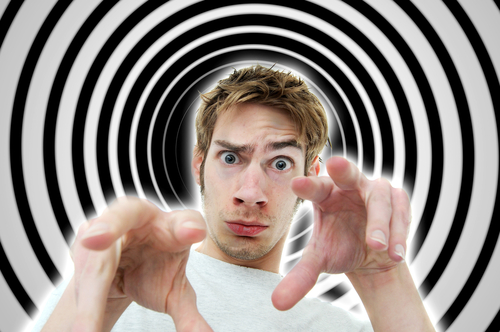 Other than signing book deals, the favorite sport of the social media punditry these days seems to be bashing Klout.

The pugilists are plentiful, and appear to be trying to win a merit badge for dismissiveness. The most recent example was from B2B social media thinker Paul Gillin who wrote a post unveiling the flaws in Klout’s ranking scheme. Paul Gillin is a smart, experienced guy (and I like his book) and he raised some valid points about how participatory breadth (having an account on a LOT of social networks) can increase Klout score – perhaps disproportionately.

Gillin is sharp enough to see the underlying challenge of trying to attach a number to something as amorphous as online influence, and point it out to his readers. In fairness, Klout sees that challenge too, and has in my estimation always been very open to discussing it. I’ve seen Klout engage with a large number of bloggers and talking heads openly and honestly (without of course revealing the algorithmic secret sauce).

But most social media types aren’t Paul Gillin. Instead, they object to the very notion and existence of Klout. “How dare a company try to put a number on influence!” they shout. “It’s a bastardization! An impossibility! A farce!”

Offline Influence Doesn’t Have an Algorithm

Their slam on Klout is typically rooted in the fact that Klout doesn’t account for people’s offline influence (or even digital influence that isn’t expressed in social media). As Gillin pointed out, the fact that his own Klout score is markedly higher than Marc Andreessen’s (founder of Netscape) means Klout isn’t the “standard of influence” its tagline professes it to be. As a side note, if Klout just changed their tagline from “the standard of influence” to the more accurate “the standard of audience” it would take the tea kettle off the burner for a lot of people. Side note #2: it’s a bit of a straw man argument too, since Andreessen appears to have tweeted twice, ever.

But the reality is that Klout can only measure data points, and there’s no mathematical formula that says “give extra credit if the dude invented Netscape.” And guess what? You know who else doesn’t use offline factors in their scoring mechanism (because it’s impossible)? Google, which “ranks” Web pages. Facebook, which “ranks” status updates via EdgeRank. And Twitter, which “ranks” tweets to determine trending topics.

While we’re on the topic of crimes against math, let’s examine Nielsen ratings, which are used to set prices for billions of dollars of television advertising in this country. The research I did for The NOW Revolution found that in 2009 there were 1,147,910 households with a TV in metropolitan Charlotte. Number of Nielsen households among them? 619. That’s not math, that’s folly. Yet we’re not writing blog posts about Nielsen being an abomination.

How about Compete.com or Quantcast.com? We routinely quote website traffic figures from these services, despite the fact that site owners often say discrepancies are very large indeed.

My point, however, is not that Klout gets a free pass because we’ve willingly accepted other scoring mechanisms that have shortcomings. But I do find it interesting that reaction to Klout is so visceral, and that is of course because what it purports to measure is by definition personal. If CSI: Provo (or whatever city is next) gets a better rating than Law & Order: Illegal Left Turn you’ll likely do no more than shrug your shoulders. But realize that your Klout score is unexpectedly high or low, and you instantly go supernova because it’s not measuring Hollywood’s increasingly feeble attempt to entertain us en mass, it’s ostensibly measuring some dimension of YOU.

Do I wish Klout was more accurate and had fewer holes and could somehow magically incorporate all dimensions of our life into an airtight formula? Yes. I also wish everyone had a job, and enough to eat, and that tequila was rightly viewed as the most interesting of all spirits, instead of as a dorm room disaster. But we can’t have everything.

If Klout gets more sophisticated and more accurate, terrific. Even if it doesn’t, however, the anti-Klout brigade typically leaves out a major point in their argument, which is that companies desperately want this kind of data point.

The smart money in the next five years in social media is not in the provision of information but rather in the interpretation of it. When every company of consequence has a free and open API, data becomes a commodity. Insights are never commoditized.

Not only do companies want this kind of influence radar, they also need it. Much (too much, actually) was made of the Peter Shankman/Morton’s Steakhouse stunt a few weeks ago. So much so that people (presumably sober) proclaimed that this was the future of marketing. I don’t believe that to be true, but I do accept the premise that at some level many companies will move to a real-time mindset, scanning the interwebs looking for an opportunity to turn a customer into an advocate, or placate an angry shopper, or offer the just-in-time bon mot that turns a prospect into a sale.

How the hell does that work without something like Klout? It simply doesn’t.

Customers aren’t treated equally, and they never have been. Why do you think billions are invested every year in loyalty programs (tiered treatment) and credit scores (tiered treatment)? Why does Bob the house painter not get a steak from Morton’s delivered at the airport? Companies have to deliver the right type and amount of love to the right person at the right time. Especially now, when every customer is a potential reporter. You think Southwest Airlines would have liked a data feed that automatically appended Klout scores to passenger manifests before they kicked Kevin Smith off a flight? Damn right they would.

The problem is when companies use Klout or something similar blindly. Klout – and any algorithm-derived data point – should be used directionally and for trending purposes, not adhered to slavishly. It’s one piece of information that needs to be combined with (ideally) several others to do social CRM well. After all, the most important thing to know isn’t online “influence” but historical relationship between that customer and your company, and their corresponding lifetime value. I fear not that Klout is so inaccurate as to be baseless. I fear that lazy companies use it as a replacement for sound CRM and database marketing initiatives that bolt together multiple data points for better business intelligence. (Admittedly, doing this well isn’t easy today, although companies like janrain are getting there fast, and certainly SalesForce is eyeing it big-time with their Radian6 acquisition).

Whether the score is ultimately powered by Klout, someone else, or a cabal of competing providers isn’t the issue, and is of little importance. What’s important is to recognize that more and more and more and more of our behaviors (with whom we interact, what we read, even what restaurants we like now that Google has bought Zagat) occur online and often with the social media realm. And if companies are going to succeed in a chaotic, real-time environment, they need some mechanism – even a flawed one – to triage promotion and reaction.

So yeah, Klout isn’t perfect. But instead of rehashing the same old “look how screwed up their formula is” argument, let’s focus instead on how advanced metrics will enable companies to deliver highly specific interactions with customers based on perceived influence.

(Disclosure: Klout sent me a bunch of free T-shirts we used as a giveaway for our book launch. I have received two or three Klout perks, including a DVD for a truly awful TV show. I am part of a very, very loose advisory group for Klout, for which I am not compensated in any way. Klout has not seen this post, and they did not know it was being written).