Why Social Media Isn’t Marketing At All 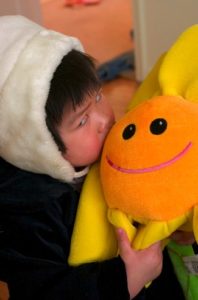 What’s the worst thing about social media? The name “social media.” It’s incredibly vague, and that lack of definition has enabled “social media” to become a watered-down, catch-all term with different meanings for each person – like “recreational drugs” and “process improvement.”

The Characteristics of Social Media:

Social media gives brands the opportunity to engage on a personal, human, and powerful basis with customers. Customers LOVE this, because they’ve been talked AT for so long, that being talked WITH is incredibly exciting and flattering.

We’re at the forefront of a trend whereby smart companies recognize that “social media” really isn’t marketing at all, but a set of company-wide beliefs about the primacy of the customer and the customers’ power to dictate the company’s success or failure.

This belief system is best manifested in honest, transparent, ongoing communication with customers in the customers’ venue of choice. This is scary for brands, because it’s the communications equivalent of Alabama playing a road game at Central Arizona College. But, Comcast and many others are proving that trading the 800 pound media gorilla for 8 million tweets and blog posts results in raving fans.

This is truly “social” media, whereby consumers feel they have a relationship with a company. Done right, there is no beginning, middle or end to the conversation, and brands don’t feel the need to ask for the sale every 30 seconds.

The Characteristics of Social Media Marketing

Companies that don’t yet accept the premise that humanization of their brand can be transformative to their business, have begun using social media too. Why wouldn’t they? The decline in TV ratings and the speeding decay of print readership has been replaced by social media consumption. Advertising follows eyeballs, and social media is attracting more eyeballs every second.

The traditional marketing paradigm of finding where your audience congregates, and communicating to them in that venue is the strategic underpinning of the many social media marketing campaigns now debuting.

Papa John’s Facebook page is a good example. By all rules of marketing, it’s a smash hit, with 187,000+ fans, tens of thousands of coupons redeemed, and millions of dollars in revenue generated. How’s that for social media ROI?

There are hundreds of great examples of companies using the Web for promotions, contests, special offers and other campaigns. (I’ve created several with Mighty Interactive for Fujitsu, Nike and Exide Batteries). The only problem with these efforts is calling them “social media”. Consumers don’t create the content, and there aren’t conversations between the brand and its customers. They are marketing campaigns that are the post-modern equivalent of the direct response TV ad. They do, however, often use social media outreach to promote the campaign.

So, from now on I’m calling these campaigns “social media marketing” to distinguish from ongoing, conversational “social media” efforts. For clarity sake, I hope you’ll do the same.

When working on a social media marketing campaign, a best practice is to consider how you’ll engage in social media AFTER the campaign ends. Can you use email to invite consumers that purchased or signed up to have a dialog? Can you collect Twitter handles on your contest entry form?

Folks that contributed to my thinking on this post (via Twitter): Beth Harte, Amber Naslund, Becky Carroll (thank ladies)