Why the Murder of Old Media is PR’s Best Chance 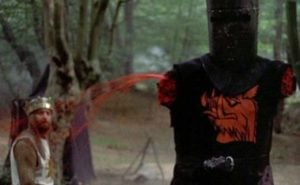 Since the advent of the printing press, professional opinions have helped shape our own. From Hearst to Murdoch, from Cronkite to Brokaw. Huge companies that employ thousands of trained journalists have helped us understand what’s good and bad, and whom to embrace or fear.

Not for long. This is not a flesh wound. The Internet killed old media, it’s just not dead yet.

The First Cut is the Deepest

That innocuous and ugly first banner ad on Hotwired.com spawned an information and interaction demon that it swallowing up media as we know it.

The proliferation of free online content via Web site, email newsletter, and RSS feed has become the hemlock for media companies. Newspaper ad sales dropped 14% in Q1 2008 alone. A 200+ year institution with a 14% drop in a quarter. Amazing.

Every newspaper in the country (and most magazines and TV stations) have reduced their news staff considerably. This of course results in decaying journalism: more wire copy, fluff features, less investigation, etc.

Decaying journalism reduces readers, subscriptions, and ad revenue even further. It’s a vicious cycle that cannot be stopped. You don’t have any money so you lay off reporters, so your newspaper starts to suck, so people cancel their subscriptions, forcing you to lay off even more reporters. Yikes.

“Serious” journalism as we know it will be gone with the possible exception of subsidized news outlets and egghead journals.

Because there won’t be any budget to do any meaningful reporting, “news” will even more be a collection of personalities, each “spinning” a tiny scrap of information and making their living micro-casting their shtick to a highly-targeted audience. This “Perez Hilton Effect” will make news cursory, instant, and increasingly salacious as pro bloggers fight for page views using overly dramatic headlines.

PR is Needed More Than Ever

There’s been a lot of chatter about the role of PR in a new media world dominated by consumer generated content. I believe PR is actually more critical under those conditions. This explosion in news outlets will make it even more difficult for companies and organizations to communicate at any scale without PR help. Is your in-house corporate marketing team going to do outreach to 350 blogs? Maybe, but not likely.

This of course will require PR types to manage relationships with many “prosumer” news outlets, and even if they don’t engage in social media and conversation marketing per se, they’ll need to be technologically adept and highly trained. Instead of using Bacon’s and Profnet to build a media list, they’ll use Radian6, Twingly, PitchEngine or whatever the semantic Web brings next.

As a news consumer, I mourn the death of old media. I loved reading stuff made from trees, and I appreciated (as a former journalism major) the role of the media in keeping our society informed and orderly.

But the genie is out of the bottle. And for PR firms, the murder of old media isn’t a threat, it’s an opportunity.

What do you think? Comments below please